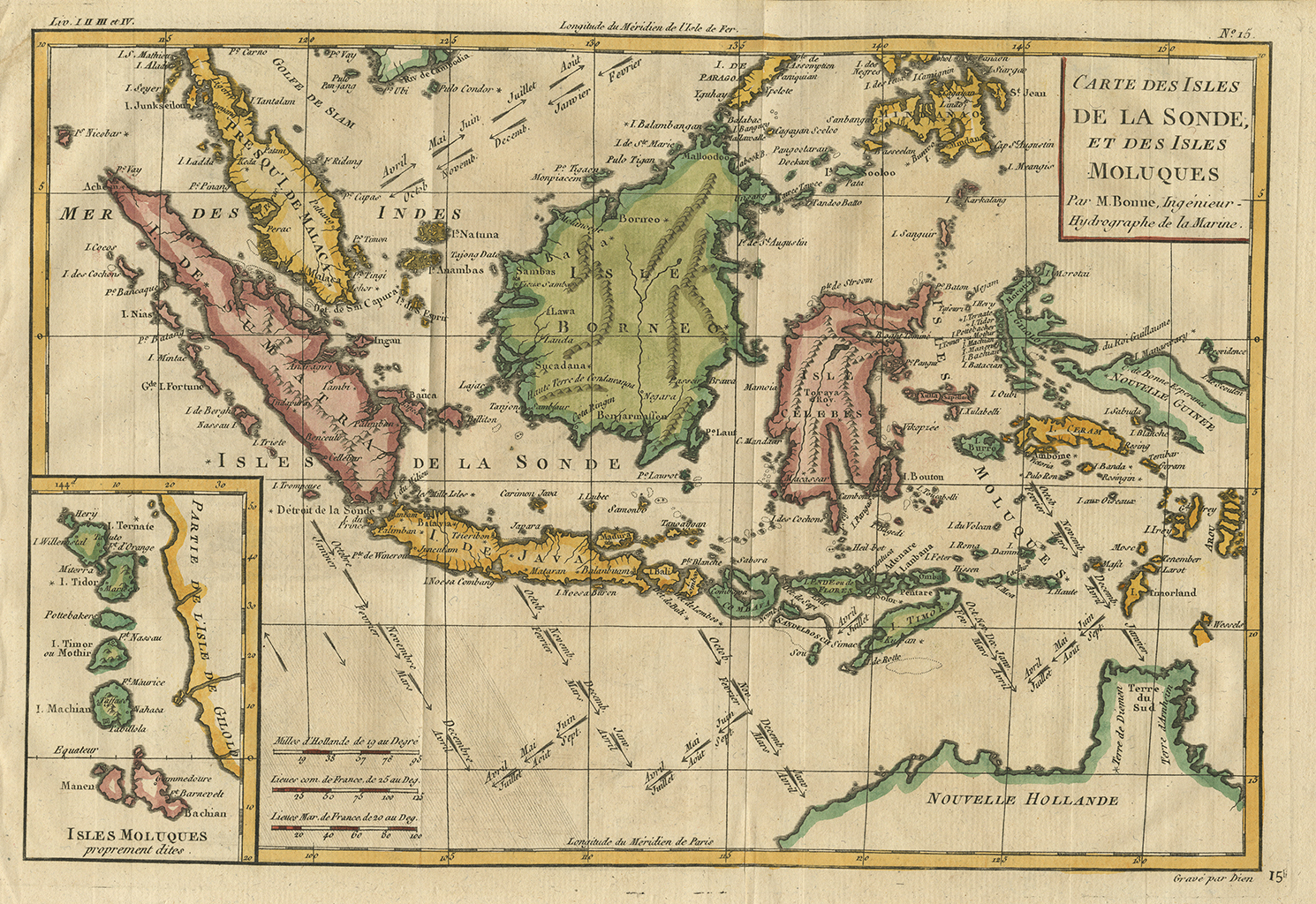 Late 18th century French map of South-east Asia and the Indonesian Archipelago engraved by Gaspard Andre and compiled by Rigobert Bonne (1727-1795) who succeeded Jacques-Nicolas Bellin as Hydrographer at the Depôt de la Marine, Paris in 1773. The map has arrows indicating the prevailing winds (monsoons) in the region during the different months of the year, with the north-west monsoon blowing between October and April and the north-east monsoon between May and September. In the south-west corner of the map is an inset of the clove-producing North Molucca Islands of Ternate, Tidore, Machian, Bachian Motir and Potterbackers. The map first appeared in the Atlas de toutes les parties connues du globe terrestre published by Guillaume Raynal in 1780 with ‘Liv. I II II et IV’ engraved outside the top left-hand corner and ‘No. 15’ appearing in the top right-hand corner with hand written map number and name on the Verso.