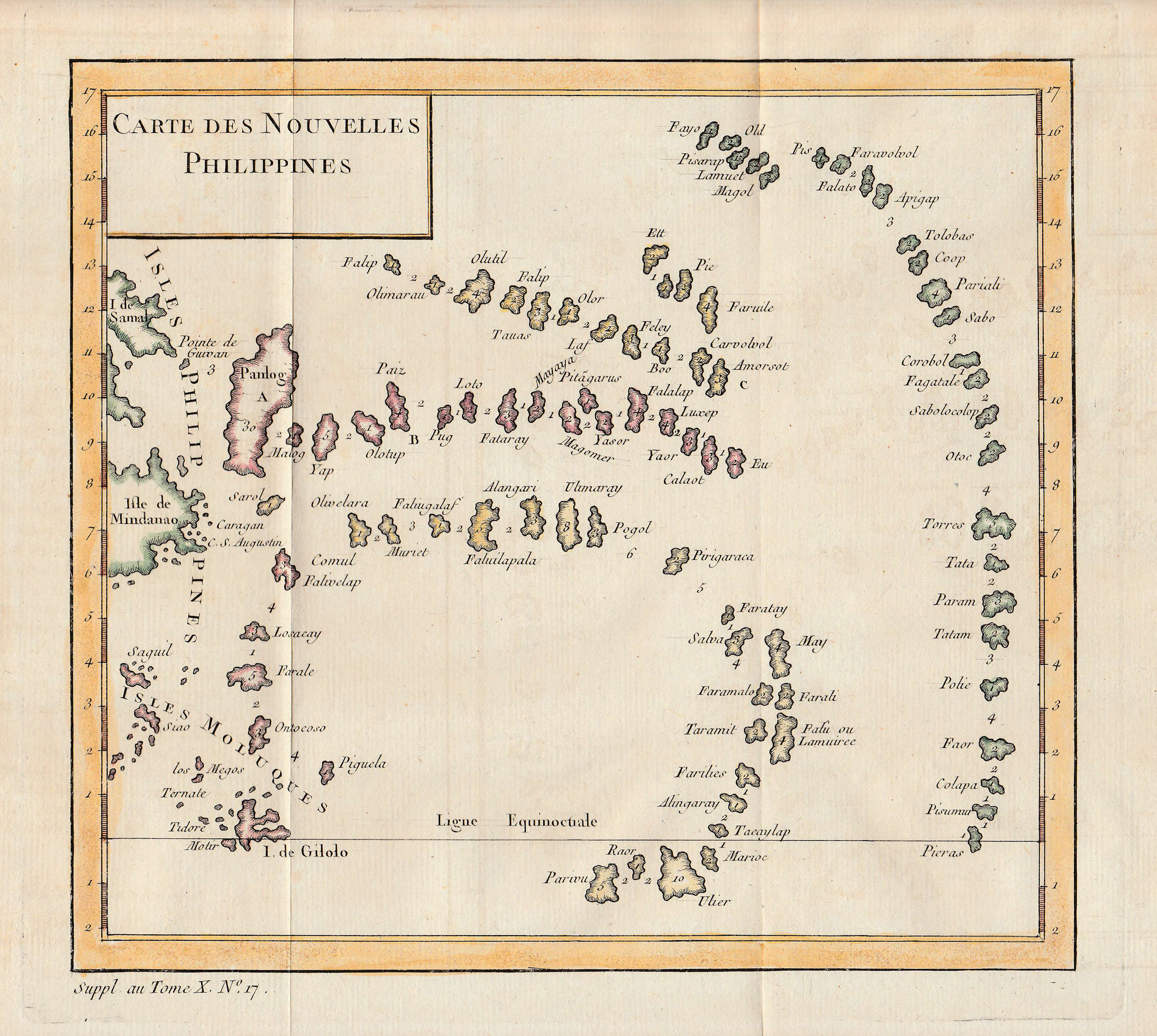 A mid-18th century colour French map of Indonesia, Micronesia and the Philippines by cartographer Jacques Nicolas Bellin (1703-1772), first chief hydrographic engineer of the Dépôt des cartes, plans et journaux du Ministère de la Marine in Paris, from Petit Atlas Francais ca. 1750. This is a strange map, apparently based on cartographic information gathered by William Dampier (1651 – 1715), a sailor and scientiest, between 1686–1688, when he was in the East Indies. The numbers engraved between the islands represent the number of days it would take for natives to sail between them in the seventeenth century. Mindanao, shown on the far left in green, is the major, southernmost Philippine island; the majority of the country’s islands lie to the north and northwest. Hence, the placement of these numerous islands far to the east and south seems very disorienting, for there is nothing in the Pacific Ocean in that area. From a utilitarian point of view, one can only guess that the travel time and orientation between islands trumps their erroneous longitude and latitude positions on the map.