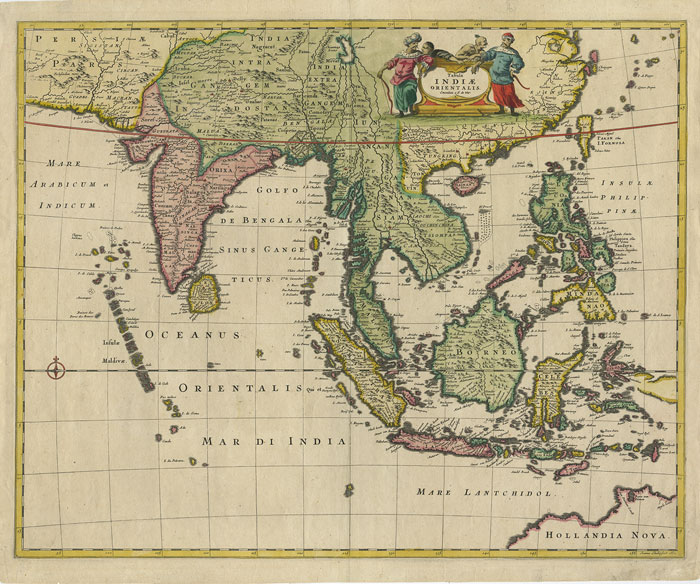 Engraved by Joannes Lhuilier of Amsterdam for Frederick de Wit (1603 – 1706) and published in De Wit’s world atlas, “Atlas sive description Terrarum Orbis” around 1670. Frederick De Wit, an apprentice of William Blaeu, founded his own printing house in Amsterdam in 1648 and became one of the most prominent and successful map engravers and publishers in Amsterdam following the decline of the Blaeu and Jansson establishments.