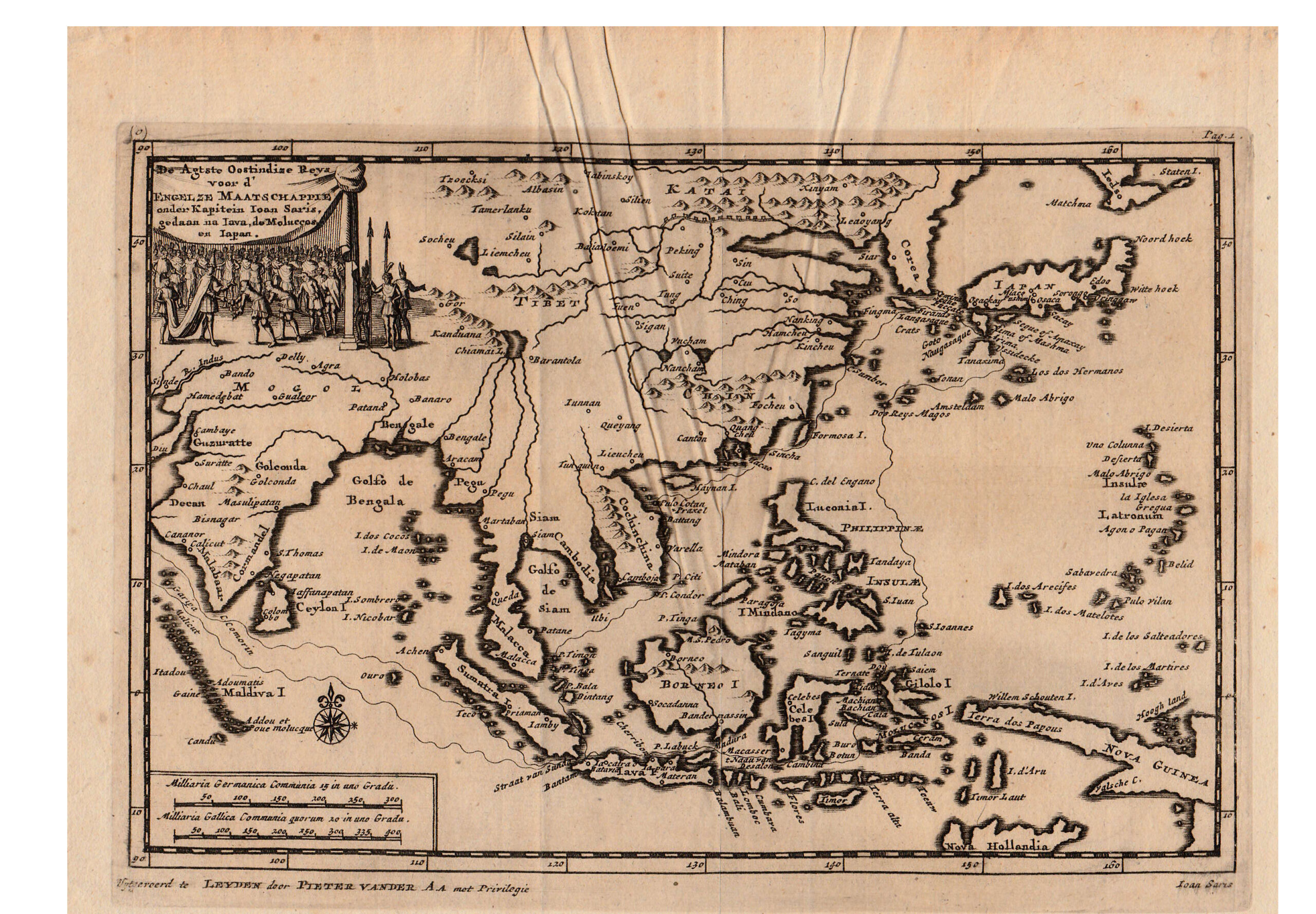 Early 18th century (1706) black and white map of Southeast Asia by the prolific Dutch cartographer Pieter van der Aa (1659-1733). Born in Leiden he was appointed to the bookseller’s trade at the tender age of nine. By 1682 he was the owner of a bookshop and auction house and became one of the High Commissioners of the Booksellers’ Guild in 1692-3, a post that he held in 1702-03, 1708 and again in 1710-11. This map is from his 28-volume monumental work Cartes des itineraries & voyages moderne…… published between 1706 and 1708 in Leyden. It includes the region from India to Indonesia and north to Japan and Korea, including an illustration of the Great Wall of China, illustrating the Dutch translation account of the voyage of Captain John Saris. John Saris was an English sea Captain, who led the first English voyage to Japan in 1613. Saris was under the employ of the British East India Company and was based in the British trading post in Java. While William Adams is credited as the first Englishman to reach Japan, he did so in a Dutch ship. At the time of Saris’ arrival, Adams had become the Japanese Shogun’s foreign affairs advisor, which greatly aided Saris’ trade mission. Saris met with the royal family and negotiated extensive trade agreements with Japan. Ultimately, a British trade factory was established in Hirado, on Japan’s southernmost island of Kyushu. Saris returned to England in 1613, leaving Richard Cocks as the head of the Hirado factory, which was not successful, in large part because of the strong Dutch presence on Kyushu. The factory at Hirado was abandoned by 1623. Saris later fell into disrepute in England, when he displayed Japanese erotic paintings which he had acquired while in Japan.

Dimensions: 149 x 227 mm.
Condition: Good condition with some foxing, however there are some deep diagonal creases across the centre.
Technique: Copperplate engraving
Purchase Code: M1798