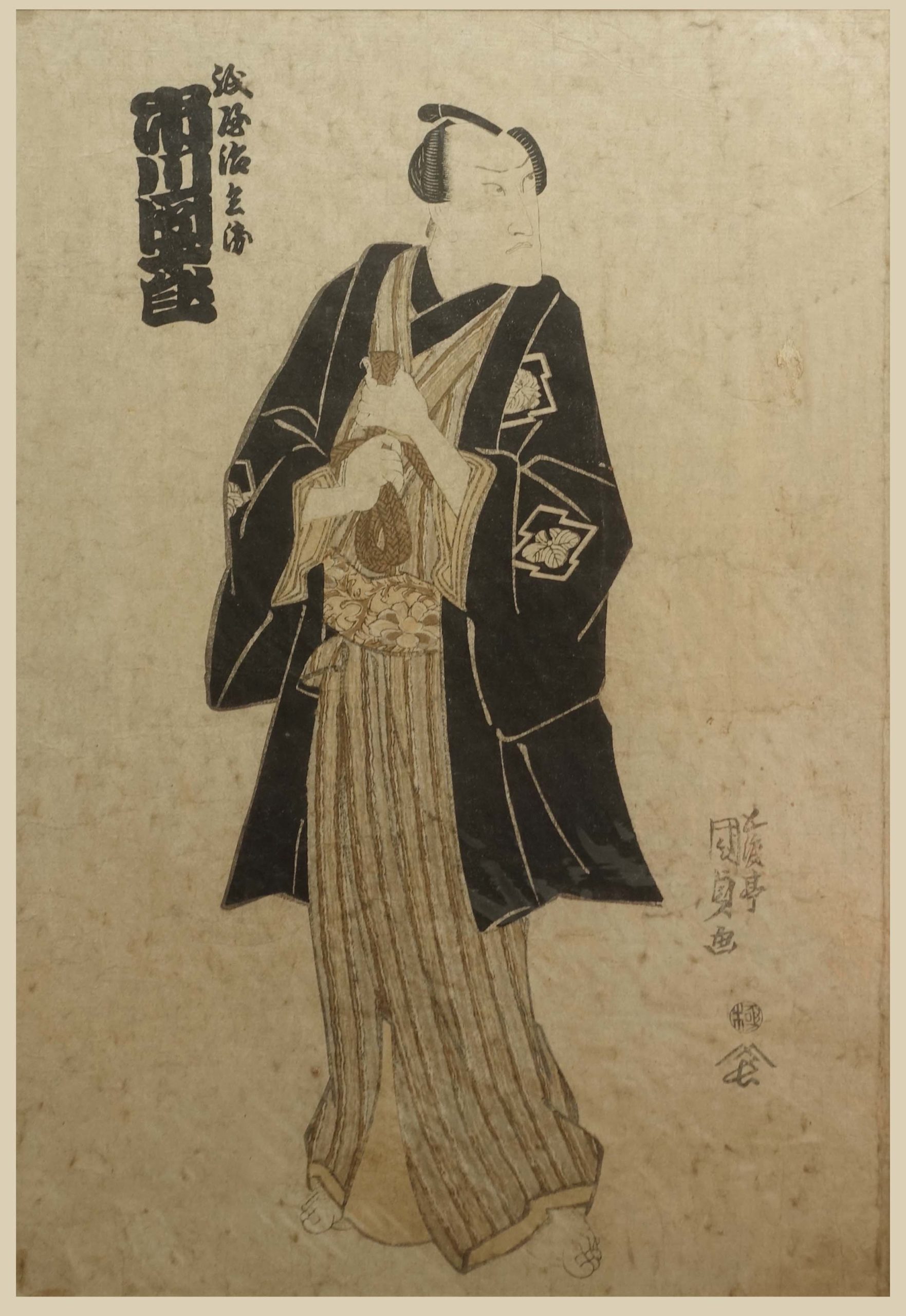 Utagawa Kunisada, also known as Utagawa Toyokuni III, was the most popular, prolific and commercially successful designer of ukiyo-ewoodblock prints in 19th-century Japan. In his own time, his reputation far exceeded that of his contemporaries, Hokusai, Hiroshige and Kuniyoshi.

At the end of the Edo period (1603–1867), Hiroshige, Kuniyoshi and Kunisada were the three best representatives of the Japanese color woodcut in Edo (capital city of Japan, now Tokyo). However, among European and American collectors of Japanese prints, beginning in the late 19th and early 20th century, all three of these artists were actually regarded as rather inferior to the greats of classical ukiyo-e, and therefore as having contributed considerably to the downfall of their art. For this reason, some referred to their works as “decadent”.