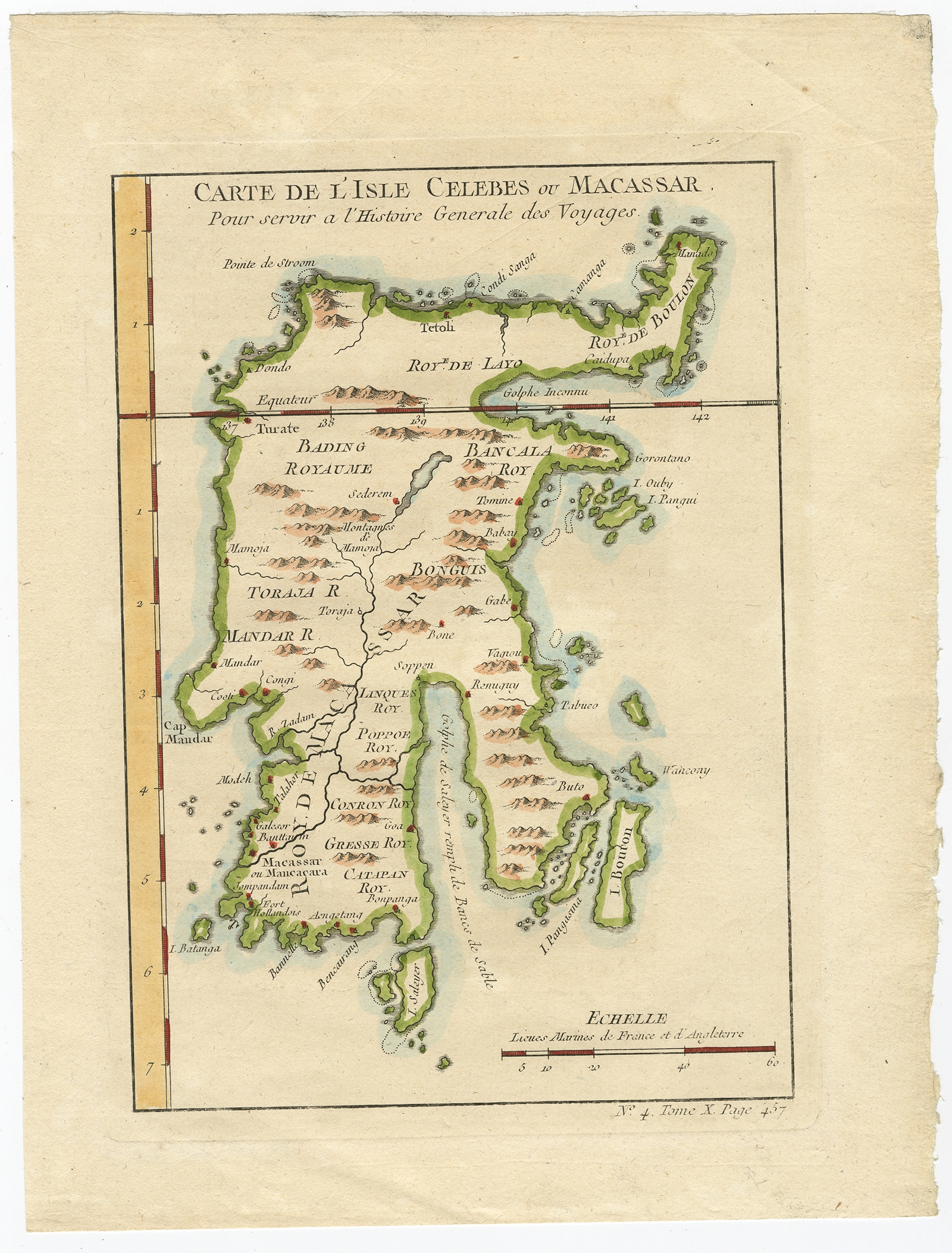 Description: Detailed copper engraved map of Celebes (Sulawesi, Indonesia), showing Makassar, which was the most important trading city of eastern Indonesia in the sixteenth century. Makassar traded in spices, pearls, gold and copper, with the Chinese and Arabs; the first colonial powers were the Portuguese, who were replaced by the Dutch in the late 1600s. A Dutch fortress is indicated.

Artists and Engravers:  Jacques-Nicolas Bellin (1703 – 1772) was one of the most important cartographers of the 18th century. With a career spanning some 50 years, Bellin is best understood as geographe de cabinet and transitional mapmaker spanning the gap between 18th and early 19th century cartographic styles. His long career as Hydrographer and Ingénieur Hydrographe at the French Dépôt des cartes et plans de la Marine resulted in hundreds of high quality nautical charts of practically everywhere in the world. A true child of the Enlightenment Era, Bellin’s work focuses on function and accuracy tending in the process to be less decorative than the earlier 17th and 18th century cartographic work. Unlike many of his contemporaries, Bellin was always careful to cite his references and his scholarly corpus consists of over 1400 articles on geography prepared for Diderot’s Encyclopedie. Bellin, despite his extraordinary success, may not have enjoyed his work, which is described as ‘long, unpleasant, and hard.’ In addition to numerous maps and charts published during his lifetime, many of Bellin’s maps were updated (or not) and published posthumously. He was succeeded as Ingénieur Hydrographe by his student, also a prolific and influential cartographer, Rigobert Bonne.