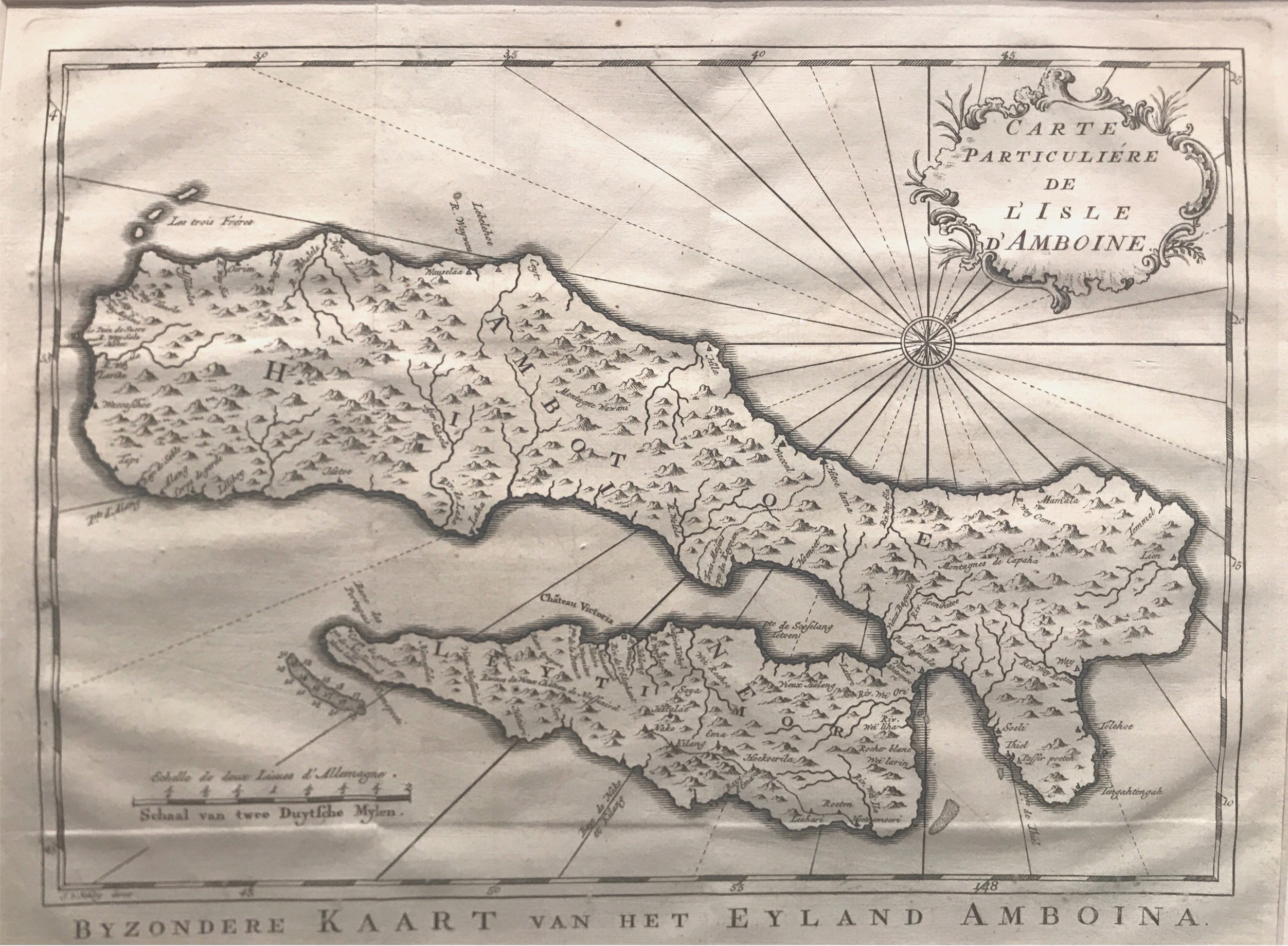 An attractive mid-18th century French (with Dutch sub-title on bottom) black and white map of the island of Ambon in the Moluccas by Jacques Nicolas Bellin.

An attractive mid-18th century French (with Dutch sub-title on bottom) black and white map of the island of Ambon in the Moluccas by Jacques Nicolas Bellin, engraved by Jacob van der Schley (1715-1779) and published in Dutch edition of A.F Prevost’s l’Histoire Generale des Voyages between 1747 and 1775.

Artists and Engravers: Bellin (1703-1772) is among the most important mapmakers of the 18th Century. In 1721, at age 18, he was appointed hydrographer (chief cartographer), to the French Navy. In August 1741, he became the first Ingénieur de la Marine of the Depot des cartes et plans de la Marine (the French Hydrographical Office), and was named Official Hydrographer of the French King.