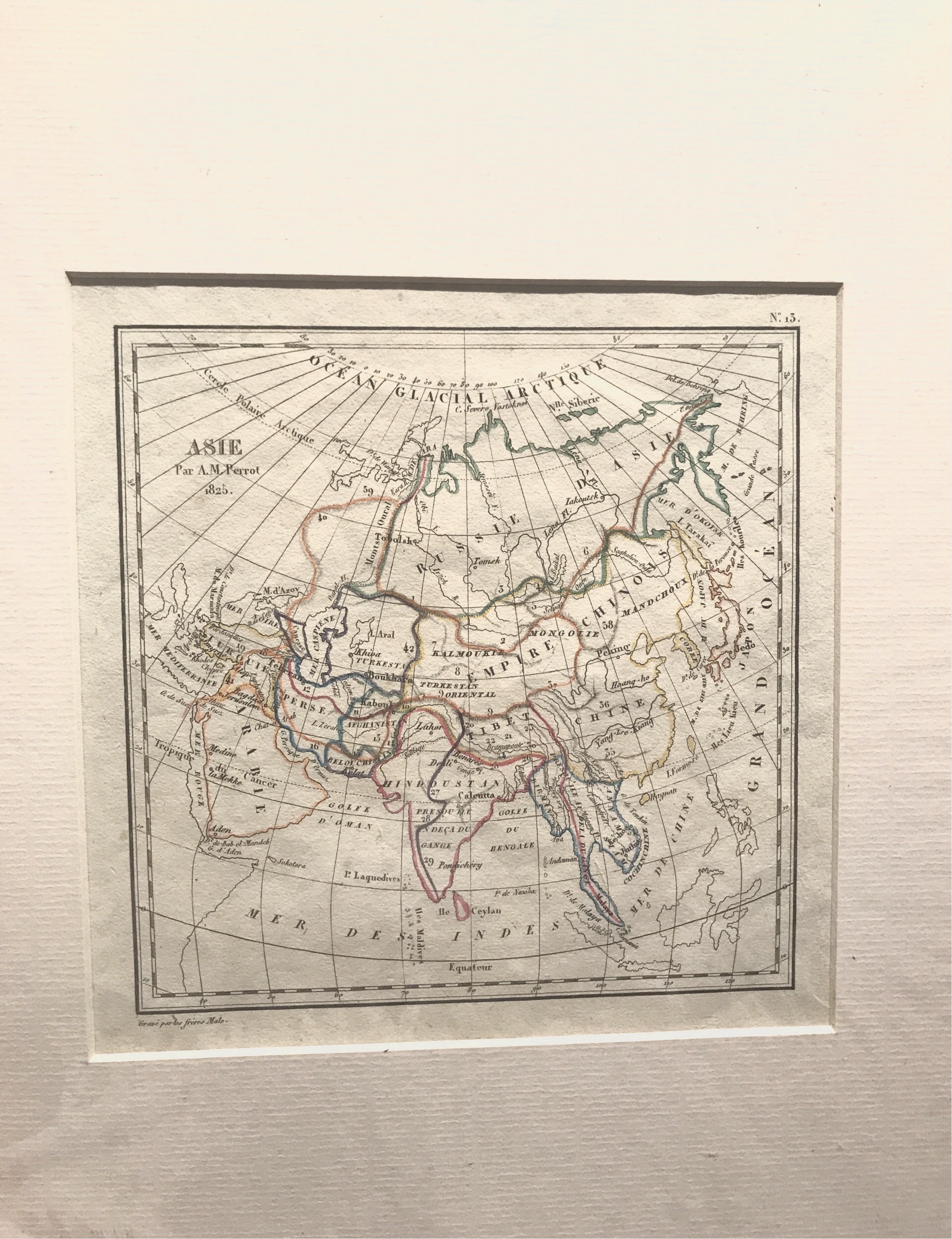 Artists and Engravers: Aristide Michel Perrot (1793-1879) a French geographer, cartographer, and essayist active during the 19th century. Perrot specialized in miniature maps that appear in numerous French atlases. Perrot was also a prolific writer and his works include geographic lexicons and several essays.