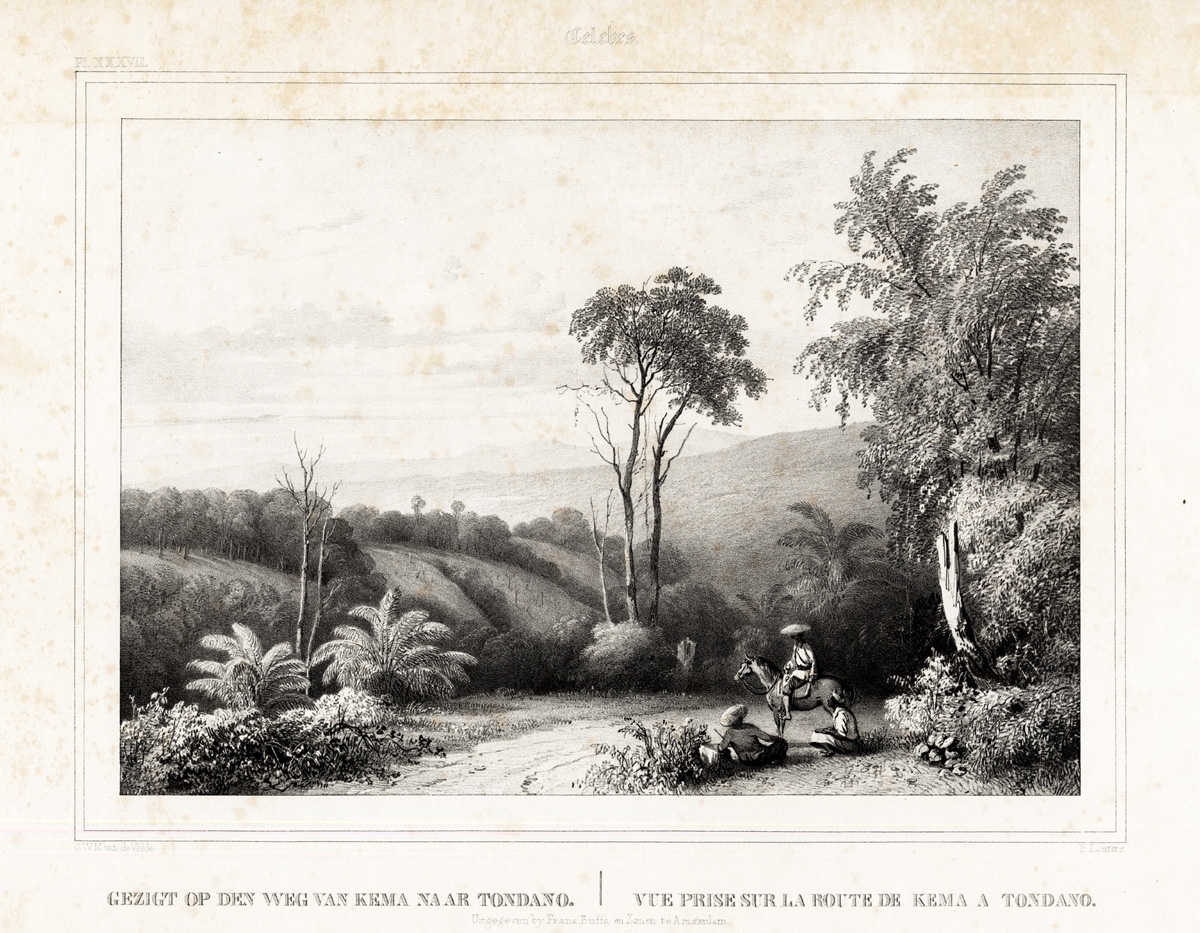 This antique print shows a view of the road from Kema to Tondano on the island of Celebes / Sulawesi, part of the Sunda Islands, Indonesia.

Description: Plate XXXVII.: ‘Celebes – Gezigt op den weg van Kema naar Tondano.’ This plate shows a view of the road from Kema to Tondano on the island of Celebes / Sulawesi, part of the Sunda Islands, Indonesia.