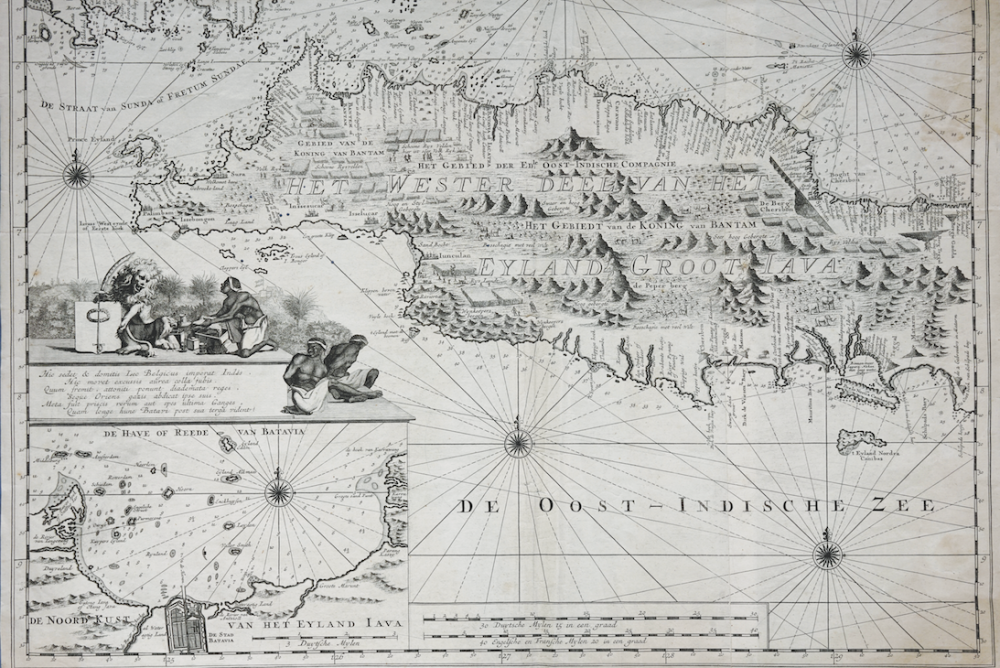 A mid 18th century black and white sea chart of the Western half of Java by Adriaan Reland (1678-1727), engraved by Jacob Keyser.

A mid 18th century black and white sea chart of the Western half of Java by Adriaan Reland (1678-1727), engraved by Jacob Keyser with inset of the Batavia bay showing a small view of the city roads of Batavia and the 1000 islands offshore.

Published by Gerard van Keulen from Part VI of the Zee-Fakkel, the beautiful Dutch pilot-guide to navigation in the East Indies and the Malay Archipelago, which was issued by van Keulen in 1753 with 73 charts of Asian waters including two charts of Java. Part VI was an updated version of Zee-Fakkel Part V of his 1728 edition, often called the VOC’s Secret Atlas, which also contained the charts but without the inset chart of Batavia. The van Keulen family operated a chart-making and publishing firm in Amsterdam for nearly 200 years.

The map is highly detailed with graphic views of the mountains, small engravings of houses, people and animals, with hundreds of depth surroundings. Includes and elaborate cartouche and several compass roses. Usually joined with the Eastern chart to form one map of the whole Java.