Bali History and Culture, shown in Antique Maps and Prints

Bali History – Traders-colonisers from the coast of Coromandel brought Hinduism to Java. The religion was adopted by the Majapahit kingdom in the eastern part of the island. Bali was a vassal state of Majapahit and became a safe haven for refugees from the kingdom when Islam became the prevailing religion.

The original inhabitants of Bali are the Bali Aga. Though a few Bali Aga villages remain today, it must be assumed that the two groups socialised and mixed freely. From then Bali and the Balinese were largely left to their own devices. The Dutch, who first appeared in 1597, were not really colonisers, a colonial power, yes, but even that was a slow and cumbersome process. The process went something like this. After the brothers De Houtman laid a first contact with the island, it took the Compagnie (Dutch East India Company, VOC), and after 1800 when the company went bankrupt and was dissolved, the government of the Dutch East Indies, more than 300 years to become the administrative and governing power on Bali.

During the centuries, the Balinese kings remained an unruly and annoyingly obstinate lot – depending of course on one’s point of view. All nine of them: Klungkung, the most powerful kingdom, Karangasem, Mengwi, Badung, Bangli, Tabanan, Gianjar, Buleleng, and Jembrana. Numerous expeditions had to be sent to ensure that trade agreements were adhered to, Dutch ships not plundered, that fines for various forms of anti-VOC and other misbehaviour were paid – in one case the staggering sum of 75,000 Dutch guilders… that would be millions of Euros when converted to the present – and in general to enforce the power of the colonial government. One wonders, however, what priority Bali was given in the colonial policy of the Dutch.

The VOC’s and later the colonial government’s main interest was trade, and as far as Bali was concerned the main commodity was slaves. The importance of this can be seen from the fact that in 1778 the number of Balinese living in and around Batavia was 13,000. Apart from the slaves, the island had little to offer. It lacked the spices of Banda and Ambon, and the large foreign owned estates (eg. coffee, tea, rubber) of Java and Sumatra. As these commercially more interesting areas had their own brand of unruliness, Dutch supremacy on Bali would not have been a priority. The nine kingdoms thus continued to rule their part of the island in their way, unencumbered by outsiders. Or nearly so because sometimes (regularly in fact) they had to do battle with those annoying intruders—depending of course on one’s point of view—trying to impose their rules and laws. 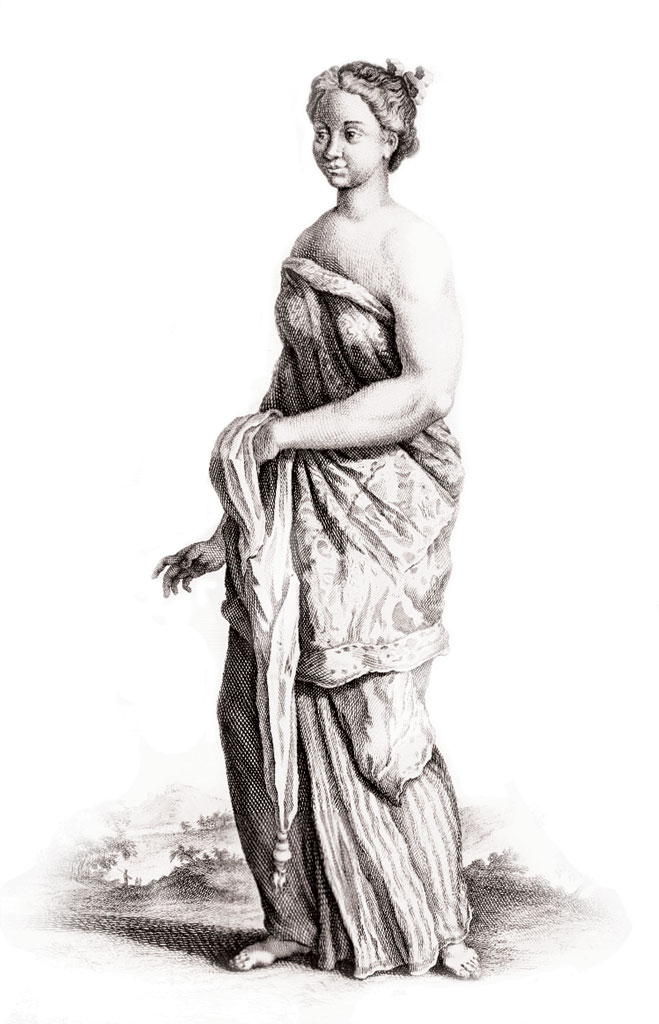 In 1815, after the British handed the Netherlands East Indies back to the Dutch, the colonial government appeared to become more interested in Bali. Was it a real interest or did they feel vexed by the attitude of the kings? When the Government Commissioner H.A. van den Broeck was sent to Bali to assess the state of affairs, he encountered distrust and unwillingness to continue the relationship where it had been left off four years earlier. Not before 1826 did the Raja of Badung express his willingness to enter into a treaty with the Dutch and allow a representative of the colonial government to establish a residence in Badung. That willingness would, however, have to be taken with a pitch of salt and the representative was recalled already in 1831.

Only in 1839 did all kings agree to recognise Dutch sovereignty, which, for instance, took away the king’s right to the salvaged cargo of ships stranded on their coast. But whatever treaty was signed, its actual enactment was poor. The kings (all nine) remained stroppy and unruly and showed in no uncertain way that they did not agree to colonial power being superimposed on them. The colonial government complained that  representatives of the colonial government were not received in a friendly and courteous manner, a Dutch ship was plundered, and the raja of Buleleng did not reply to a letter from the Governor General and it all lead to a series of expeditions to punish the offenders and exert the right of the government. Some of these were successful, quite a number not.

Supremacy of the Dutch was not fully established till the twentieth century when in 1906, the raja of Badung, together with members of the nobility, some of his wives and children, and members of the royal household marched into the gunfire of the Dutch troops, preferring death over a curtailment of his royal power and having to bend his knee to the Dutch. This puputan was repeated two years later in Klungkung. And after some more unruly elements were deported to Lombok, law and order was established. Again, this would of course depend on one’s point of view, but Dutch sources of the day report that the common people were not sorry to see the kings go, together with the lack of legal certainty and the continual state of war they had brought about.

The Start of Tourism

That the population felt relieved might even be true. According to the anthropologist Clifford Geertz  it is the Balinese who have the entrepreneurial drive to look for opportunities and to benefit from changing conditions. One of the changes brought about when Dutch colonials replaced the rather despotic rules of the rajas, was tourism. Although negligible by present day standards, the number of tourists was large enough to warrant the first tourist guide to Bali . As an illustration of the Balinese entrepreneurial nous the writer of the tourist guide, G.H. von Faber, remarks that woodcarvings of quality were becoming difficult to find, as carvers and traders, having noted that the tourists were undiscerning in their appreciation of the products, would prefer to produce virtually mass produced low-quality work and thereby improve their cash flow. 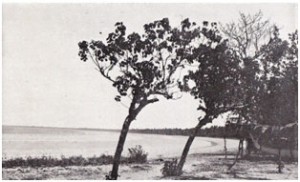 The 136 lorries, 264 busses and 787 rental cars, part of which were serving the tourist industry in 1930, have grown and grown and are still growing.

Kuta, which in those days was a quaint fishing village with a beach and a government cabana to change into bathing costumes has outgrown itself. Hotels, home stays, restaurants, bars, cafés, shops and stands selling souvenirs, beach wear, handicrafts and about anything a tourist might require, have sprouted, and not only in Kuta. What’s more, thousands of foreigners have taken up residence on the island, finding the official paperwork to get permits and licenses fairly easy, definitely when compared to other places in Indonesia. In other words, the local government, too, welcomes those who bring in money and acts accordingly.

Browse our Bali Antique Maps and Prints below for imagery of Bali History.

(Please also visit www.eastindies.art – East Indies Art has a creatively diverse collection of reproduced antique maps, prints, vintage posters and photographs, here you will find a breadth of artwork to turn any interior into an artful sanctuary. And for 1000’s more global maps and print products visit www.maps-prints.com)