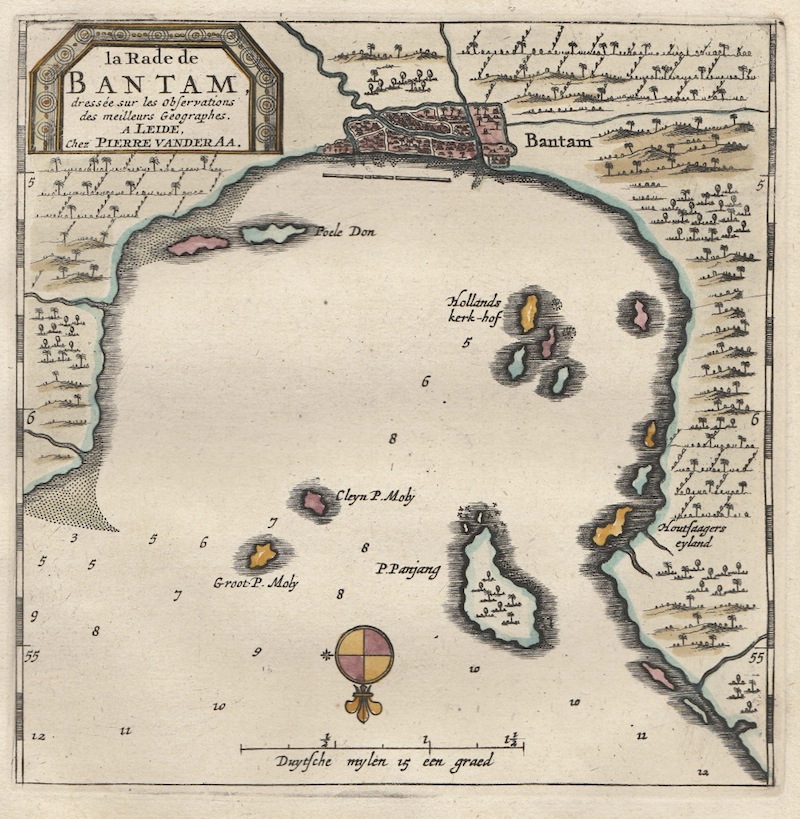 A beautiful hand colored copper engraving from 1719 by Pierre (Pieter) Van der Aa (1659 – 1733). This map of the Bay of Banten on Java, was published in La Galerie Agréable du Monde. Apprenticed at the age of 9, Vander AA began his career at Leiden in 1683 as a Latin trade publisher, publishing classical texts pertaining to medicine and science. Later on, he became an engraver and publisher of atlases and maps in Leiden. His publications include an ‘Atlas Nouveau‘ completed in about 1710, and the famous La Galerie Agréable du Monde – one of the most impressive geographical books printed in 66 volumes in limited edition. It contains around 3000 plates, and cover the topography and people of Europe, Asia, Africa and America. Watermarked, great condition, with wide margins and strong plate mark. 162 x 160 mm.