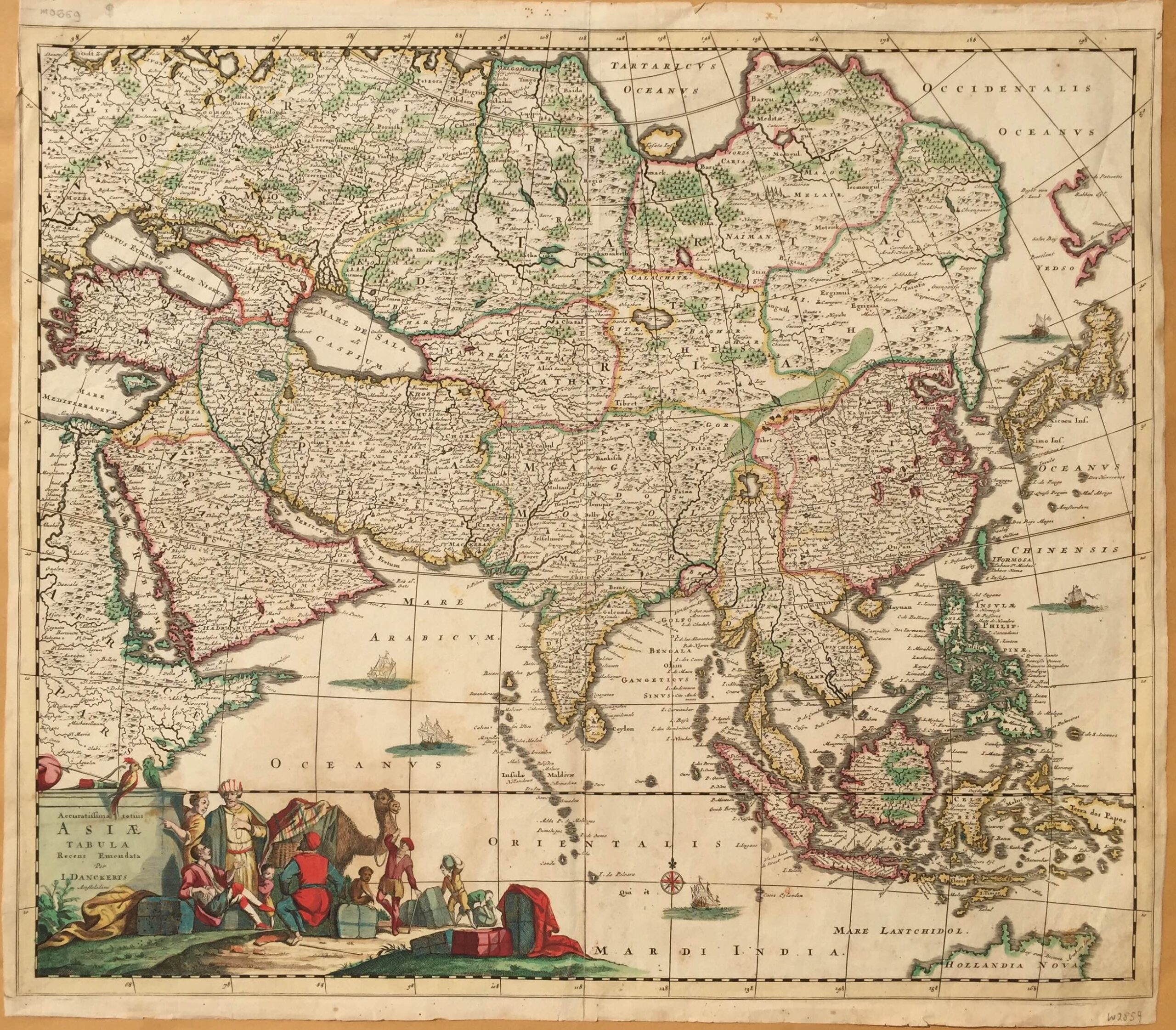 A very rare and attractive late 17th century map of Asia in original outline colour by the Dutch cartographer Justus Danckerts the elder (1635-1701) published in 1680 in Atlas, Tot Amsterdam/By Justus danckerts in de Calverstraet in de Danckbaerheyt (Koeman, Dan. 1 Map 4, Vol. 2, page 91). The Danckerts family of Amsterdam was one of the best known print and map sellers in 17th century Amsterdam. Their business activity covered the period from around 1633 when Cornelis Danckerts the elder (1603-1656) founded the business, to 1727 when the remaining stocks of maps in the shop of Theodorus Danckerts, his grandson, was sold. The house of Danckerts gained its greatest fame from Justus Danckerts (I. Danckerts), the maker of this map and the son of Cornelis. The majority of Danckert’s atlases were published between 1660 and 1720 and are very rare with very few complete copies surviving.