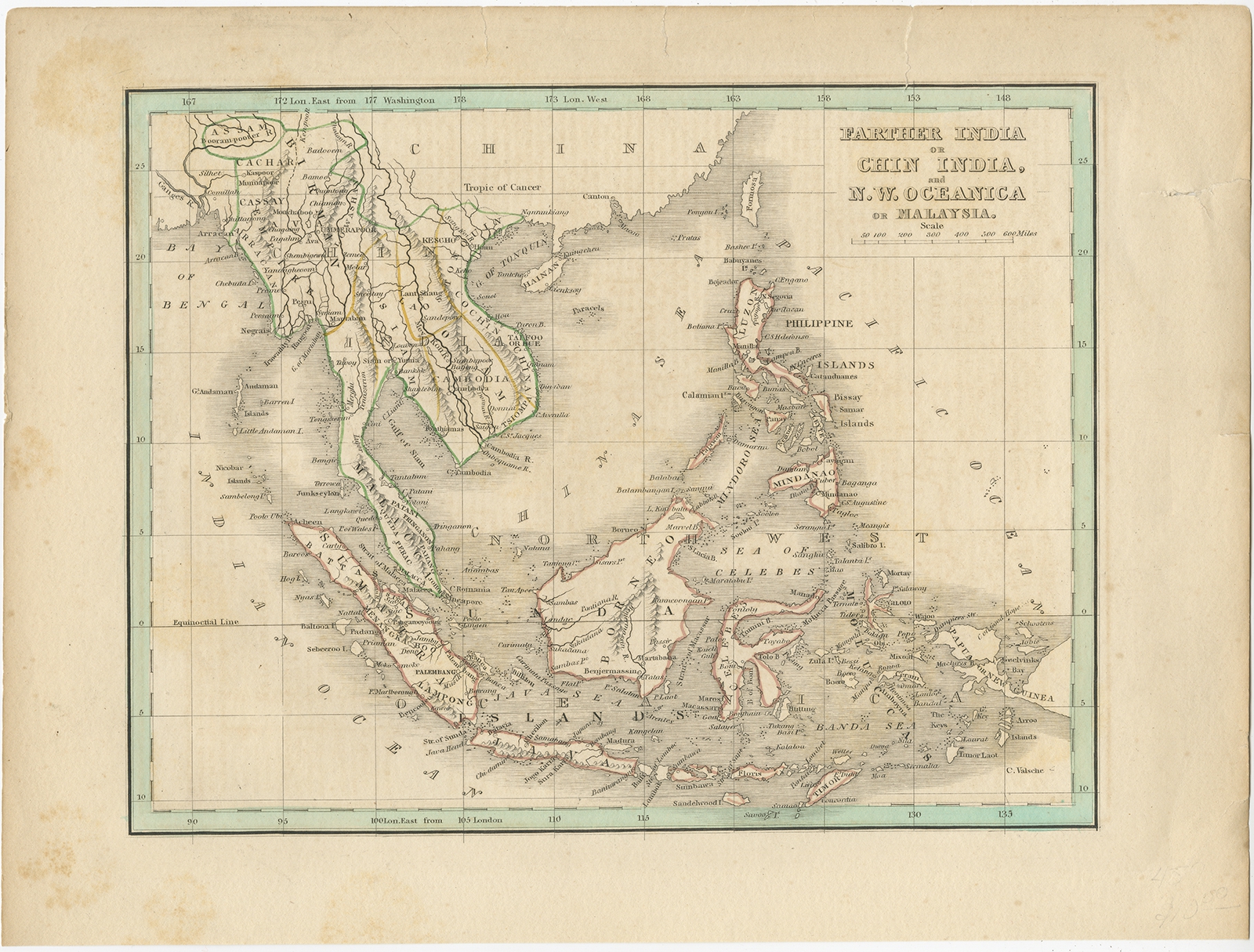 Description: Antique map titled ‘Farther India or Chin India (..)’. Old map of the East Indies and Southeast Asia. Covers from Assam and Burma (Myanmar) south as far as Timor and from the Andaman Islands eastward as far as the Philippines and New Guinea. It includes the entire Malay Peninsula, much of Southeast Asia (Thailand, Cambodia, Laos and Vietnam), and the East India islands of Sumatra, Java, Borneo and the Philippines. Originates from ‘Comprehensive Atlas Geographical, Historical and Commercial’ by T.G. Bradford.

Artists and Engravers: Thomas Gamaliel Bradford (1802 – 1887) was born in Boston, Massachusetts, where he worked as an assistant editor for the Encyclopedia Americana. Bradford’s first major cartographic work was his revision and subsequent republishing of an important French geography by Adrian Balbi, Abrege de Geographie published in America as Atlas Designed to Illustrate the Abridgment of Universal Geography, Modern and Ancient. Afterwards Bradford revised and expanded this work into his own important contributions to American cartography, the 1838 An Illustrated Atlas Geographical, Statistical and Historical of the United States and Adjacent Countries. Bradford’s cartographic work is significant as among the first to record Texas as an independent nation. In his long career as a map publisher Bradford worked with William Davis Ticknor of Boston, Freeman Hunt of New York, Charles De Silver of Philadelphia, John Hinton, George Washington Boynton, and others.