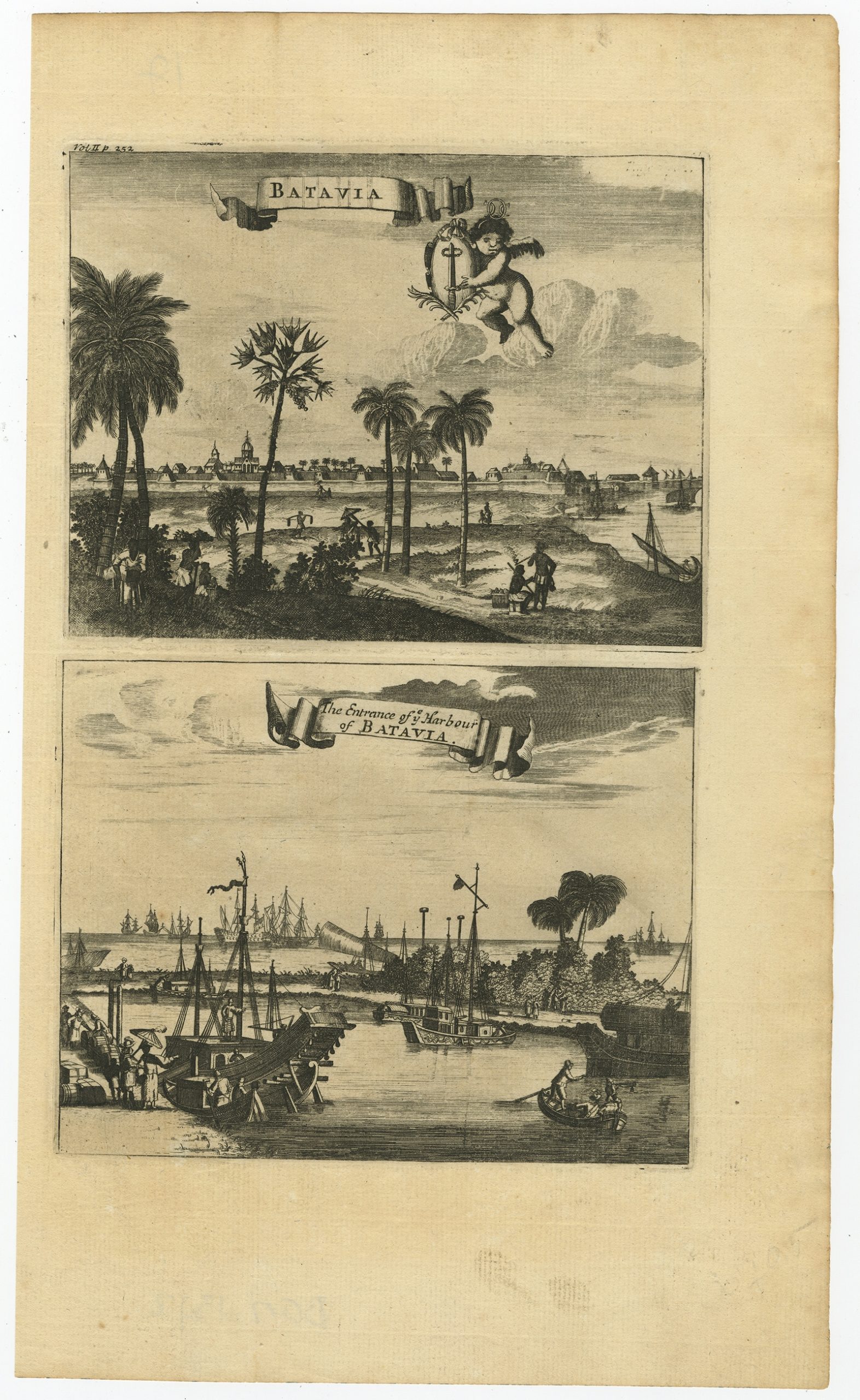 Batavia – The entrance of ye Harbour of Batavia – Nieuhof (1744)

Description: Antique print, titled: ‘Batavia – The entrance of ye Harbour of Batavia.’ – This plate shows two engravings; a view of the city and the harbour of Batavia / Jakarta, Indonesia. It originally accompanied J. Nieuhof’s account of his ‘Voyages and Travels to the East-Indies’ in the 17th century. Johan Nieuhof (1618-1672) was a Dutch traveller who wrote about his journeys to Brazil, China, India and the East-Indies. His notes and illustrations were published by Jacob van Meurs in 1665 and this English edition was included in ‘Churchill’s Voyages and Travels’ (3rd edition 1744).