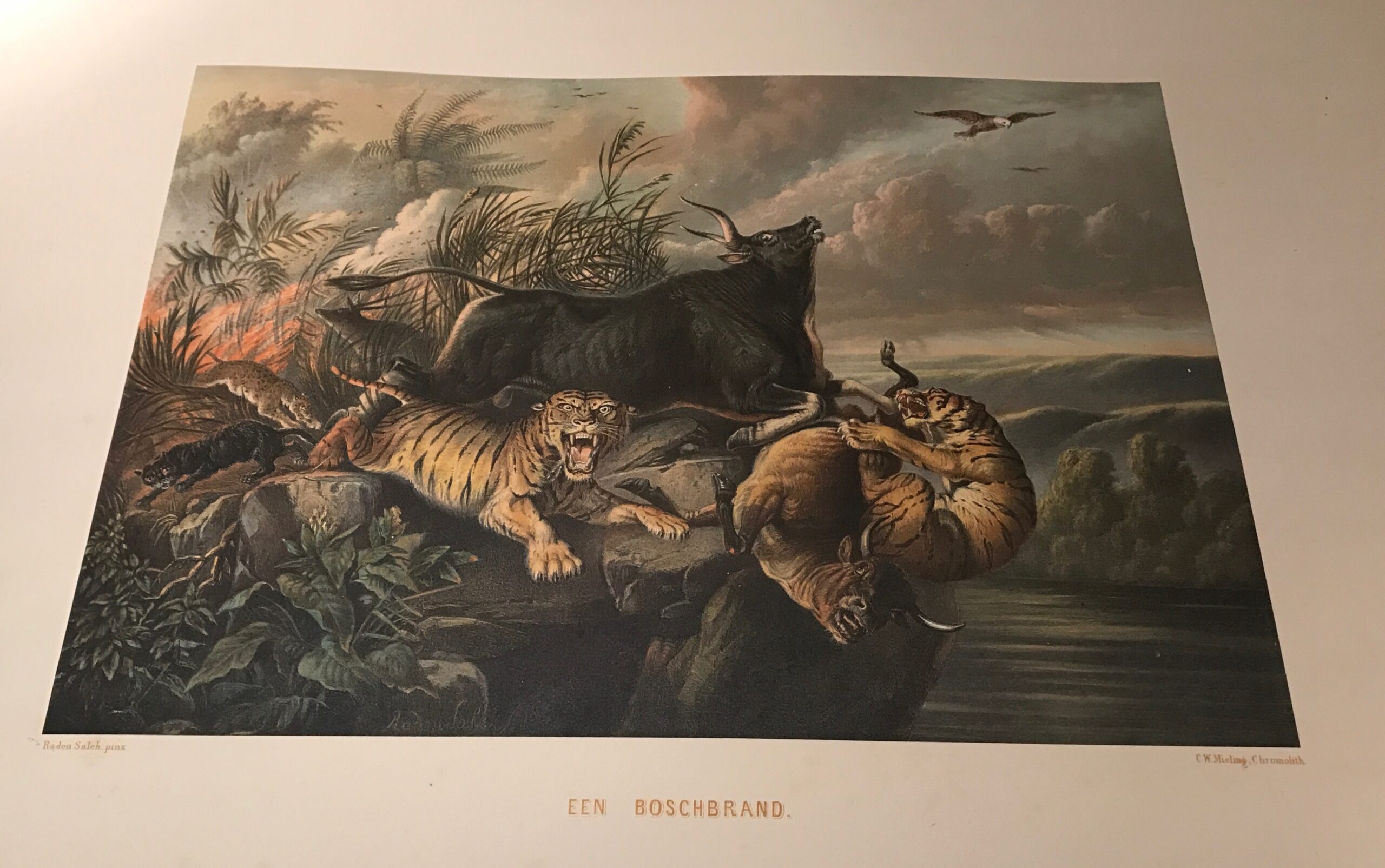 It was in January 1862 that a Prospectus was issued by C. W. Mieling, The Hague, announcing the publication of what is the most spectacular of the plate works of Indonesia, De Indische Archipel, which commenced publication in The Hague in 1865. The work contains 24 large chromolithograph plates which are among the largest published on Indonesia. From both a topographical and artistic point of view the plates are of considerable interest as they present a comprehensive series of views in the archipelago, ranging through Java. Borneo, Sumatra and Minahasa, after drawings by virtually all the prominent mid-nineteenth century artists of Indonesia:

This is a very rare first edition (only 1 copy in Nederlandse Centrale Catalogus – NCC and only 1 copy in JAP, sold in 1974) of a sumptuous work originally published in 12 instalments (started in 1865 by C.W. Mieling and completed in 1876 by J.M. van ‘t Haaff, both in The Hague). A magnificent example of 19th-cent. From both a topographical and artistic point of view, the plates are of considerable interest as they present a comprehensive series of views in the archipelago.

This unique folio was part of the “Between Worlds” Exhibition on Raden Saleh and Juan Luna at the National Gallery of Singapore ~ 16 Nov 2017 ~ 11 Mar 2018.

Between Worlds features the works of Indonesian artist Raden Saleh (c.1811–1880) and Filipino artist Juan Luna (1857–1899), two leading painters from Southeast Asia who achieved wide acclaim in Europe. This will be the first major survey to bring their works together, drawing from important collections around the world.