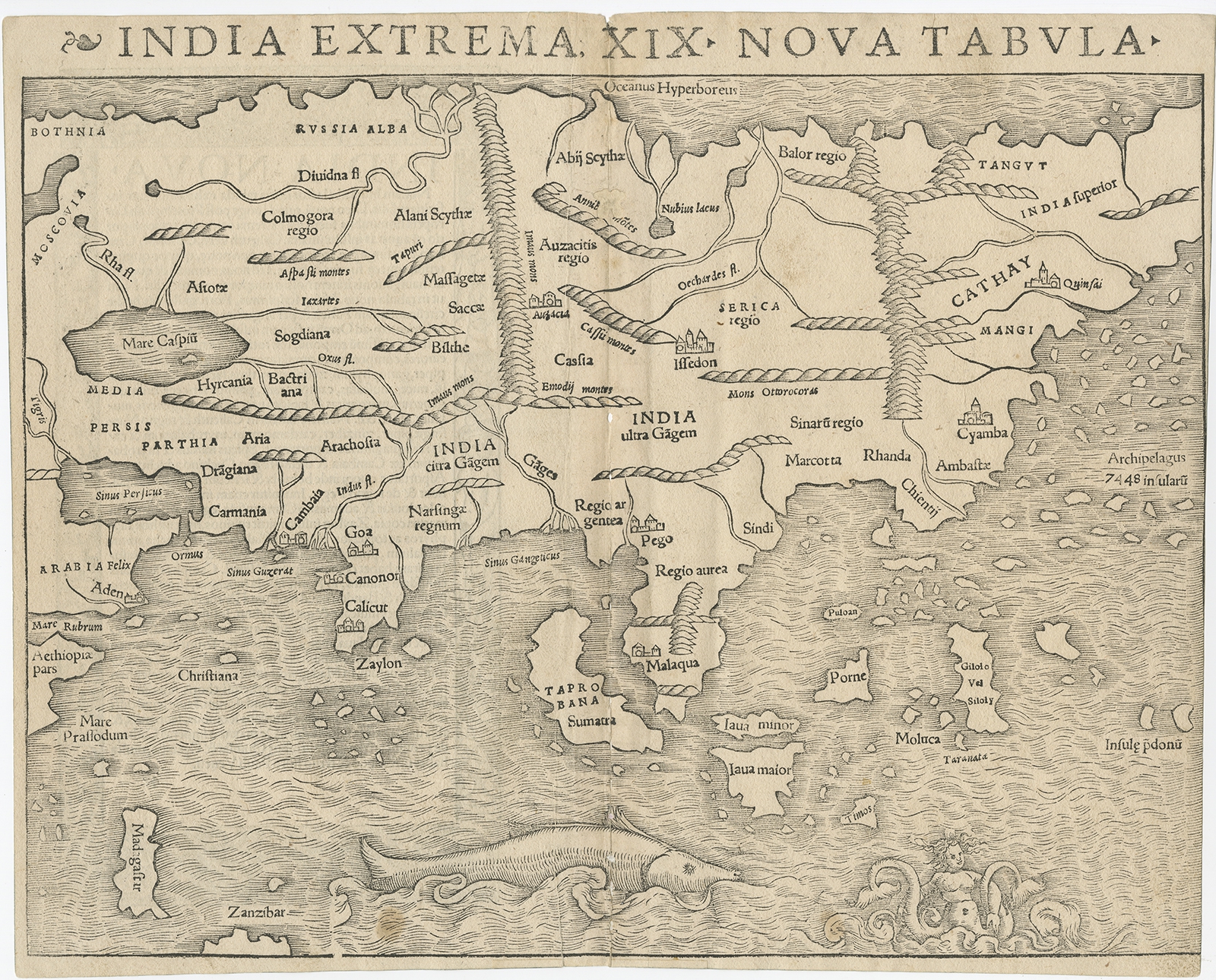 Description: Antique map titled ‘India Extrema XIX Nuova Tabula‘. The first printed map of Asia, from the rare first edition of Munster’s ‘Geographia Universalis’. The map shows Asia from the Caspian Sea and Persian Gulf to the Pacific. The Pacific Ocean shows an archipelago of 7448 islands, a forerunner to the better understanding of Southeast Asia, which is largely unrecognizeable, although Java Minor and Major, Porne (Borneo), Moluca and several other islands are named. The map does not include Japan, which appears on the map of America. The northeastern coast of Asia is also omitted. The map also includes a large sea monster and mermaid type creature. The woodcut border and ornaments on the verso are said to be the work of Hans Holbein.

Artists and Engravers: Sebastian Munster was a linguist and mathematician, who initially taught Hebrew in Heidelberg. He issued his first mapping of Germany in 1529, after which he issued a call for geographical information about Germany, to scholars throughout the country. The response was better than hoped for, and included substantial foreign material, which supplied him with up to date, if not necessarily accurate maps, for the issuance of his Geographia in 1540.