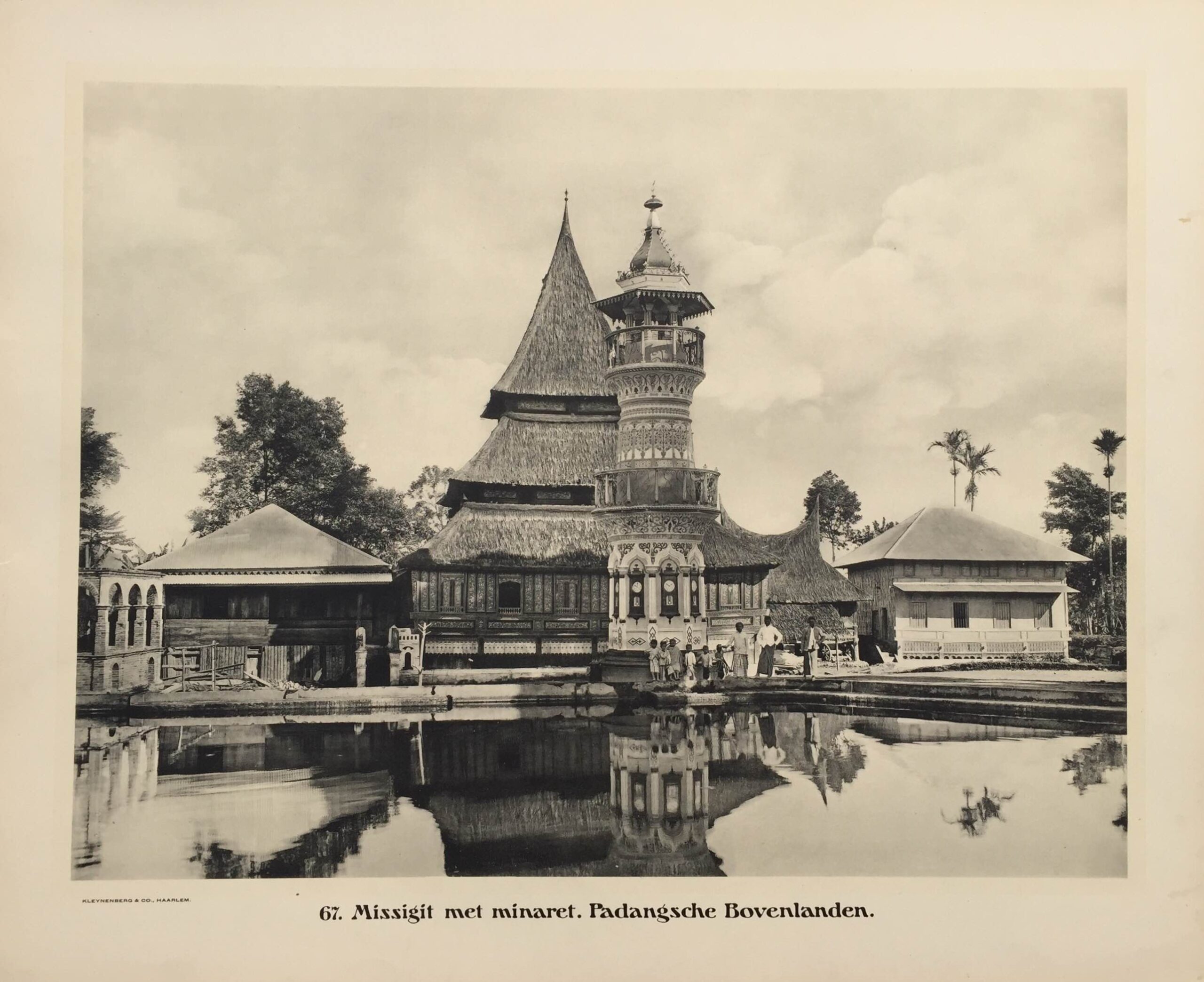 The minaret is a familiar structure in the fervently Islamic communities of the Padang highlands of southwestern Sumatra but the clock tower architecture of this one is atypical of Indonesia Muezzin call worshipers to prayer five times a day from the top of the minaret, hopefully using more accurate clocks than those on the tower. The thatched roof building has a shape more common to the region. Built on pilings, it culminates in a three-tiered roof topped with lallang. The buildings adjoining both sides which seem out of place with their corrugated tin roofs, are the residences of employees.