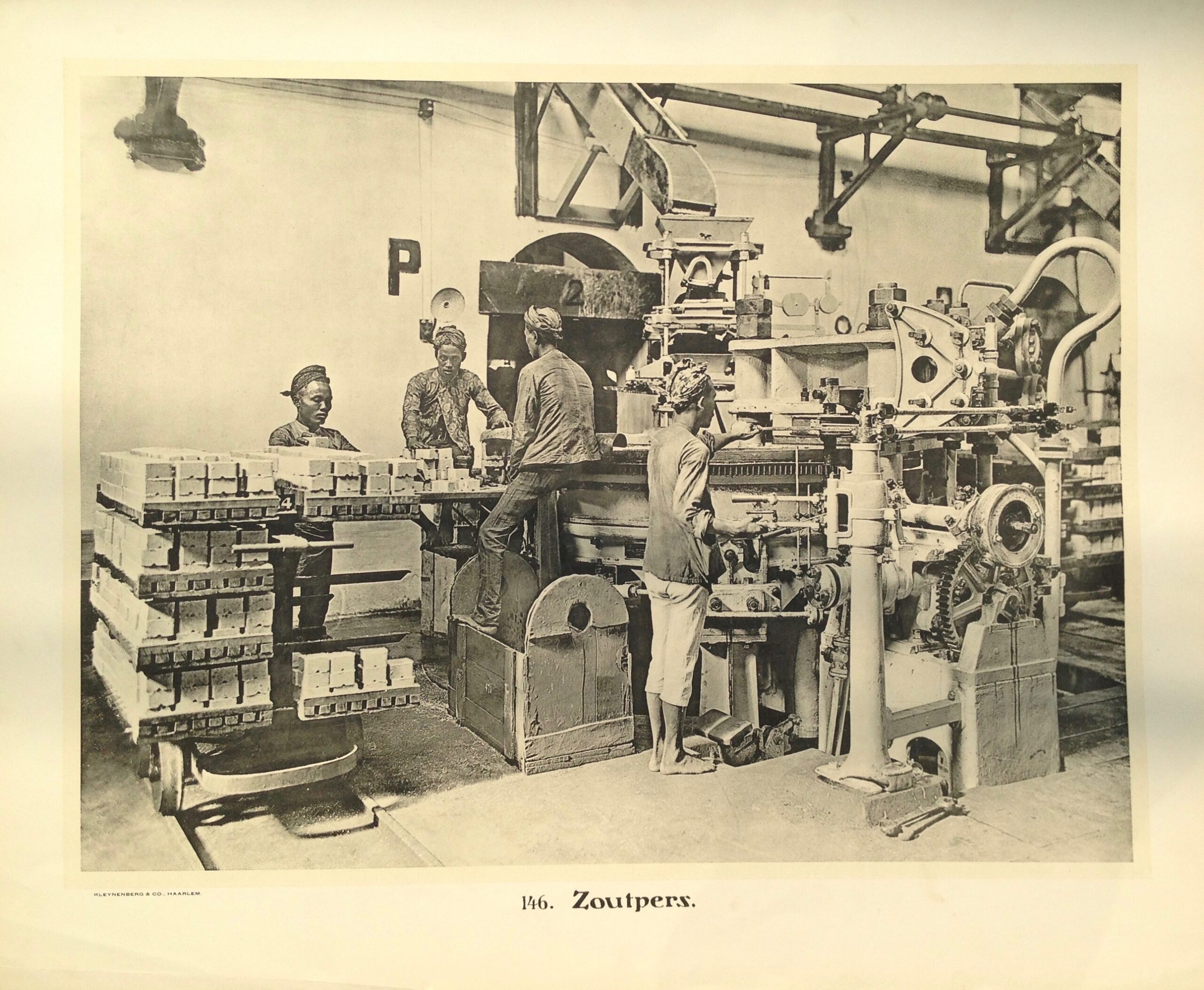 Salt, a precious commodity controlled by a Dutch government monopoly, was extracted from the sea through drying processes and still is in many parts Indonesian archipelago. Using salt presses, ( image ) the commodity was turned into bricks, then marked on top so they could be divided into four equal sections to ensure that buyers received the correct amount for their money. This factory located at Krampon had eight salt presses. After pressing the bricks were dried in a hot airstream for 30 hours then packed for shipping.