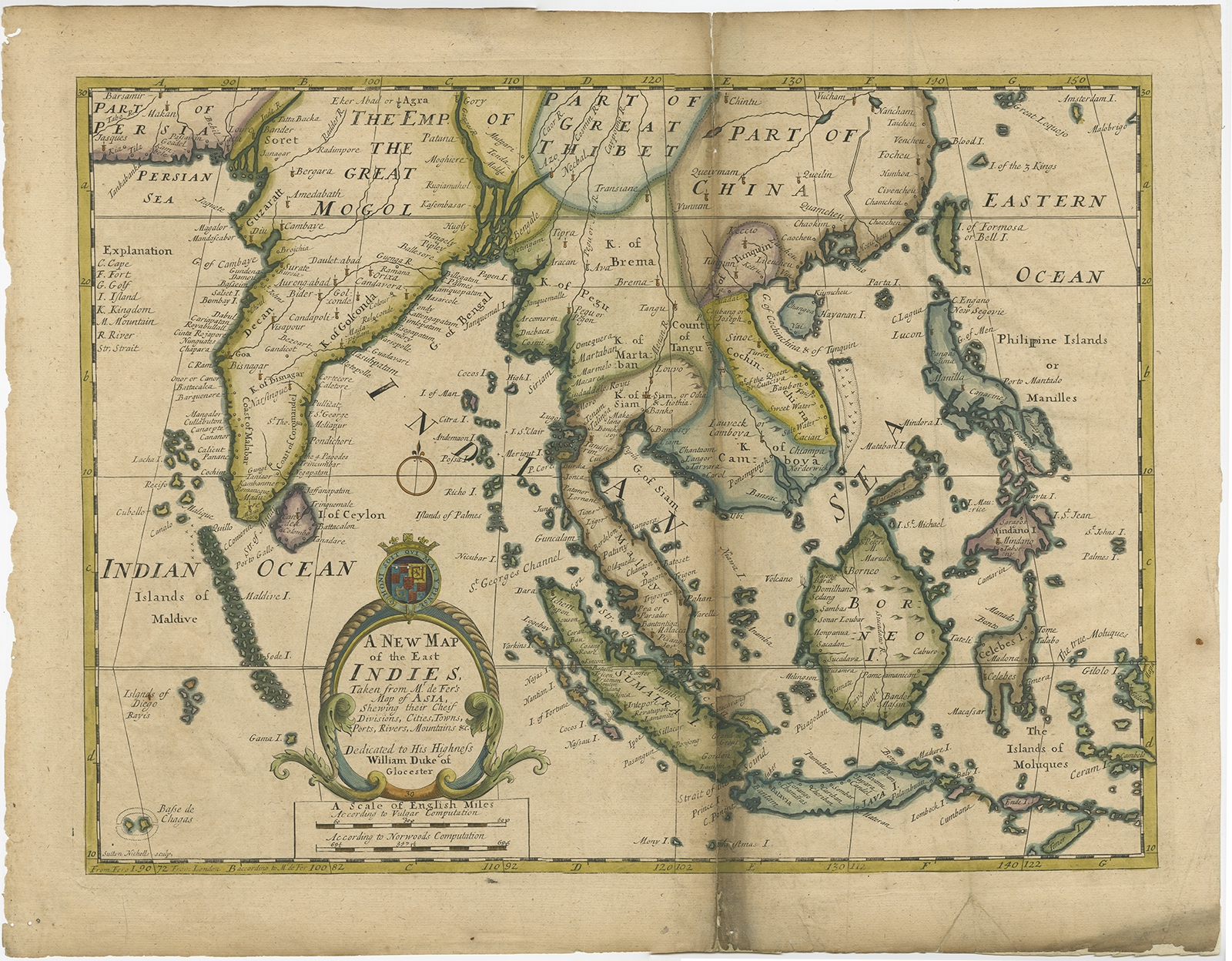 Description: Antique map titled ‘A New Map of the East Indies’. Old map covering all of Southeast Asia from Persia to the Timor Island, inclusive of the modern day nations of India, Ceylon, Thailand, Burma (Myanmar), Malaysia, Cambodia, Vietnam, Laos, Indonesia, Borneo, and the Philippines. Based on Nicholas De Fer’s map of Asia, the map renders the region in detail offering both topographical and political information with mountains beautifully rendered in profile. The Island of Singapore is shown but not labeled. Bali (Baly) and Lombok (Lombock) as well as Batavia are identified. Most of the Great Sunda Islands as well as the Lesser Sunda Islands, which were largely unexplored well into the 19th century, are mapped speculatively. Depicts a fairly narrow India and a misshaped Taiwan. This map originates from ‘A New Sett of Maps both of Ancient and Present Geography’ by E. Wells.

Artists and Engravers: Edward Wells (1667 – 1727) was an English mathematician, geographer, and classical scholar based at Christ Church College, Oxford. Well’s was trained for the ministry but quickly found himself unsuited to religious life and instead applied for an academic position at Oxford, where he authored numerous well respected works on a wide range of mathematical and scientific topics. He was chosen to tutor the young Prince William, the sickly son of Queen Anne. The two must have been quite close for Well’s dedicated nearly all of the maps in his most important atlas, A New Sett of Maps both of Ancient and Present Geography. Sadly, he young prince died in July of 1700 shortly before the atlas was published. Nonetheless, Wells’ geography proved popular and was published in number editions well into the 1730s.