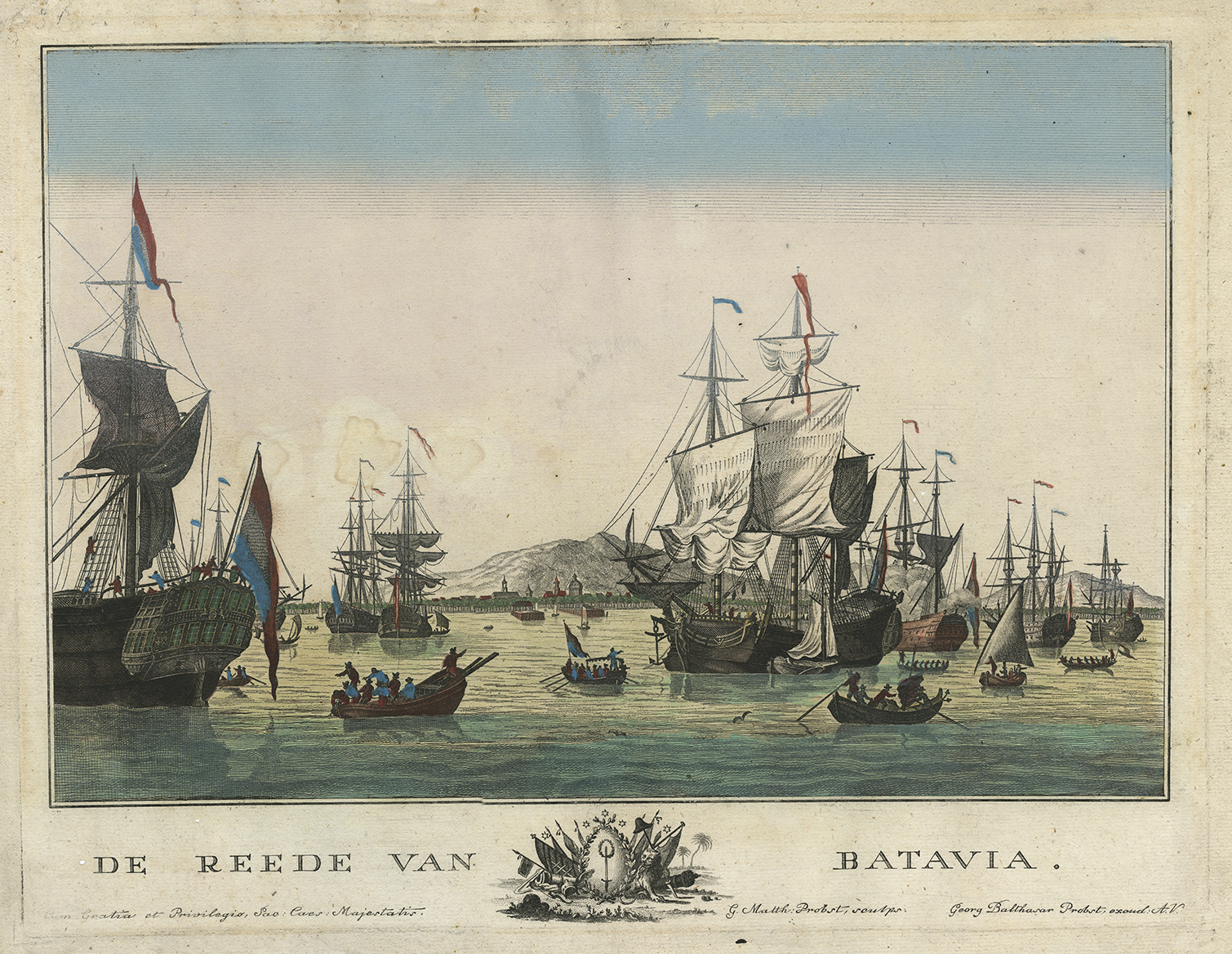 Antique print Batavia Harbour, East India merchant ships and some sloops near the harbour of Batavia, present day Jakarta, Indonesia. This is an optical print, also called ‘vue optique’ or ‘vue d’optique’, which were made to be viewed through a Zograscope, or other devices of convex lens and mirrors, all of which produced an optical illusion of depth.

Published by Georg Balthasar Probst (1732 – 1801) who was a German artist, engraver and publisher in Augsburg, a major European publishing center in the 17th and 18th centuries. He produced architectural views of places around the world, including vues dï¿½optique, which were published in various places during the last half of the 18th century, including Paris, Augsburg and London.