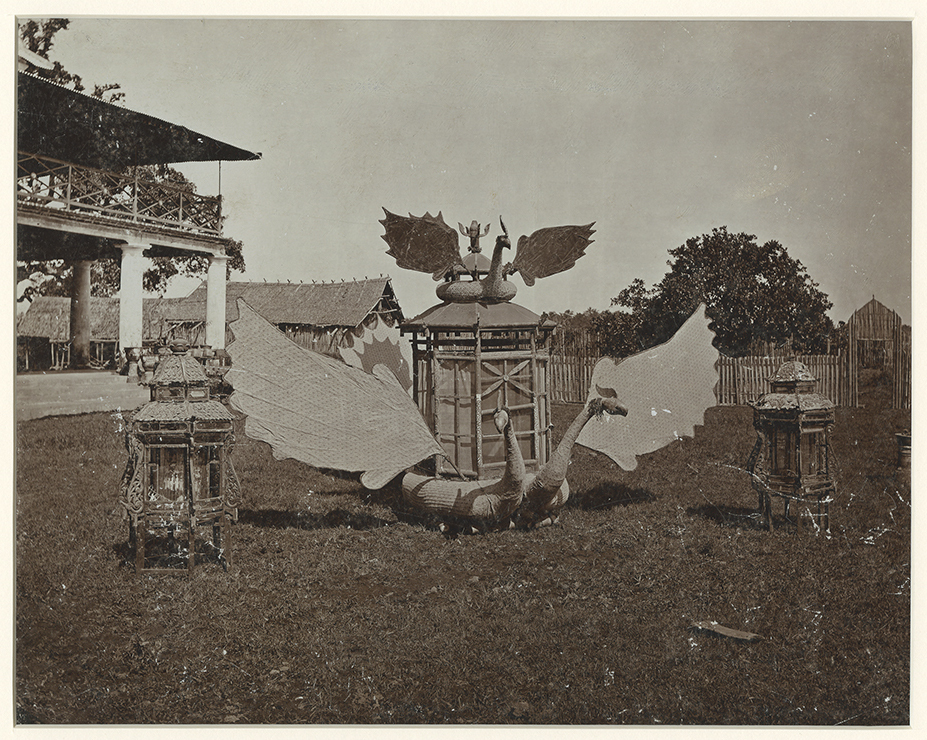 Antique Print Litter of the princesses of Gowa by Woodbury & Page (c.1870)

‘Woodbury & Page’ can be considered the most important and most prolific photographic firm to have operated in Netherlands Indies, now Indonesia, in the nineteenth century. Founded in the late 1850s by Walter Bentley Woodbury and James Page, this firm continued to operate long after their departure and under various owners, into the early twentieth century.

Sultanate of Gowa (sometimes written as Goa; not to be mistaken with Goa in India), was one of the great kingdoms and the most successful kingdom in the South Sulawesi region. People of this kingdom come from the Makassar tribe who lived in the south end and the west coast of southern Sulawesi.

Before the establishment of the kingdom, the region had been known as Makassar and its people as Suku Makassar (tribe of Makassar). The history of the kingdom can be divided into two eras: pre-Islamic kingdom and post-Islamic sultanate.