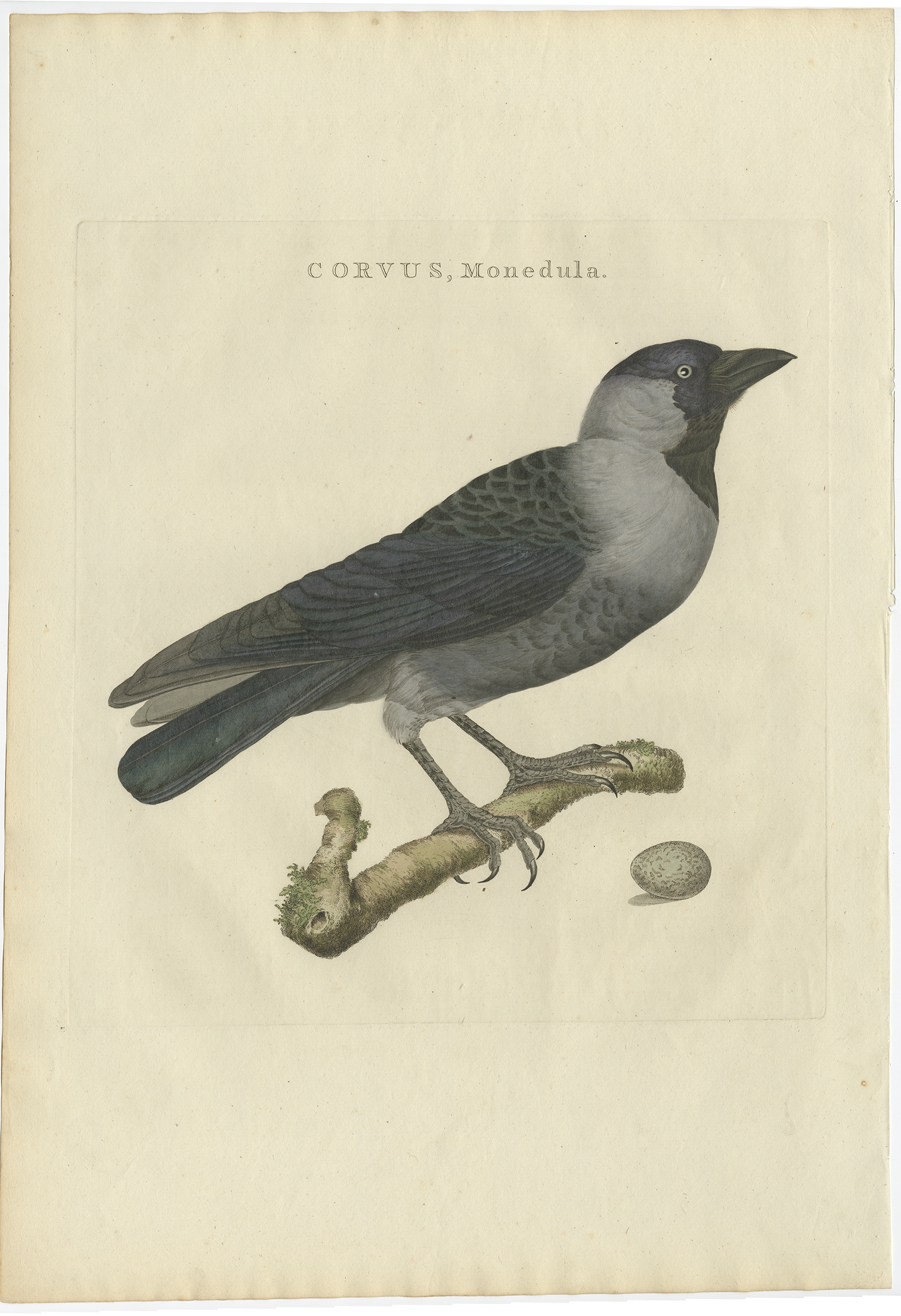 Description: Antique print titled ‘Corvus, Monedula’. This print depicts the Western Jackdaw (Dutch: Kauw). The western jackdaw (Coloeus monedula), also known as the Eurasian jackdaw, European jackdaw, or simply jackdaw, is a passerine bird in the crow family. Found across Europe, western Asia and North Africa, it is mostly resident, although northern and eastern populations migrate south in winter. Four subspecies are recognised, which mainly differ in the colouration of the plumage on the head and nape. Linnaeus first described it formally, giving it the name Corvus monedula. The common name derives from the word ‘jack’, meaning ‘small’, and ‘daw’, the native English name for the bird.

This print originates from ‘Nederlandsche Vogelen; volgens hunne huisdouding, aert, en eigenschappen beschreeven’, Amsterdam, 1770-1829 by C. Nozeman, M. Houttuyn and J.C. Sepp. This is the most important and first study in the Netherlands of ornithology at that time. The birds are depicted as they are in life, said to be depicted close to life sized and in their environment.