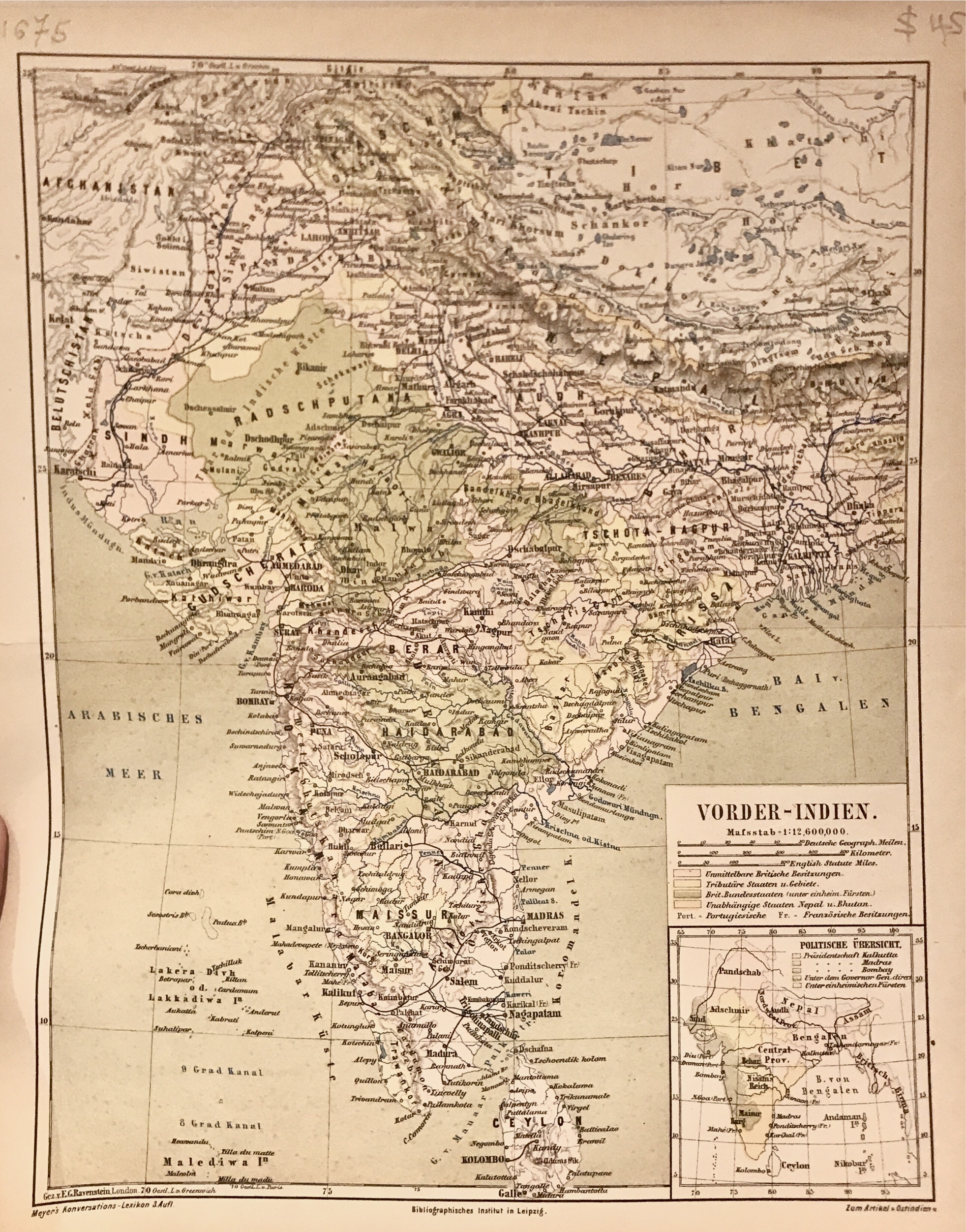 A late 19th century German original colour lithograph map of India with an inset of political divisions by Joseph Meyer.

A late 19th century German original colour lithograph map of India with an inset of political divisions by Joseph Meyer (1796-1856), a publisher and founder of his own company, the Bibliographisches Institut in Gotha in 1826 ; which moved to Hilburghausen in 1828, ending up in Leipzig in 1874 under his grandsons.

Meyer concentrated on what he called ‘growing atlases’ , a frequently updated body of work which appeared under different titles. The map was published in an edition of Meyer’s Konversations-Lexicon , a major German encyclopedia meant for the board public having a general knowledge as businessmen, technicians and scholars, this probably in 1874 at Leipzig. In competition with the other encyclopedias of the time, it was expanded and included in geography, history, and biography, as well as the more typical mythology, philosophy, natural history, etc.

Very good condition, apart from tears in the margins.