View cart “Antique Print Javanese Dance by De Bry (c.1598)” has been added to your cart.
× 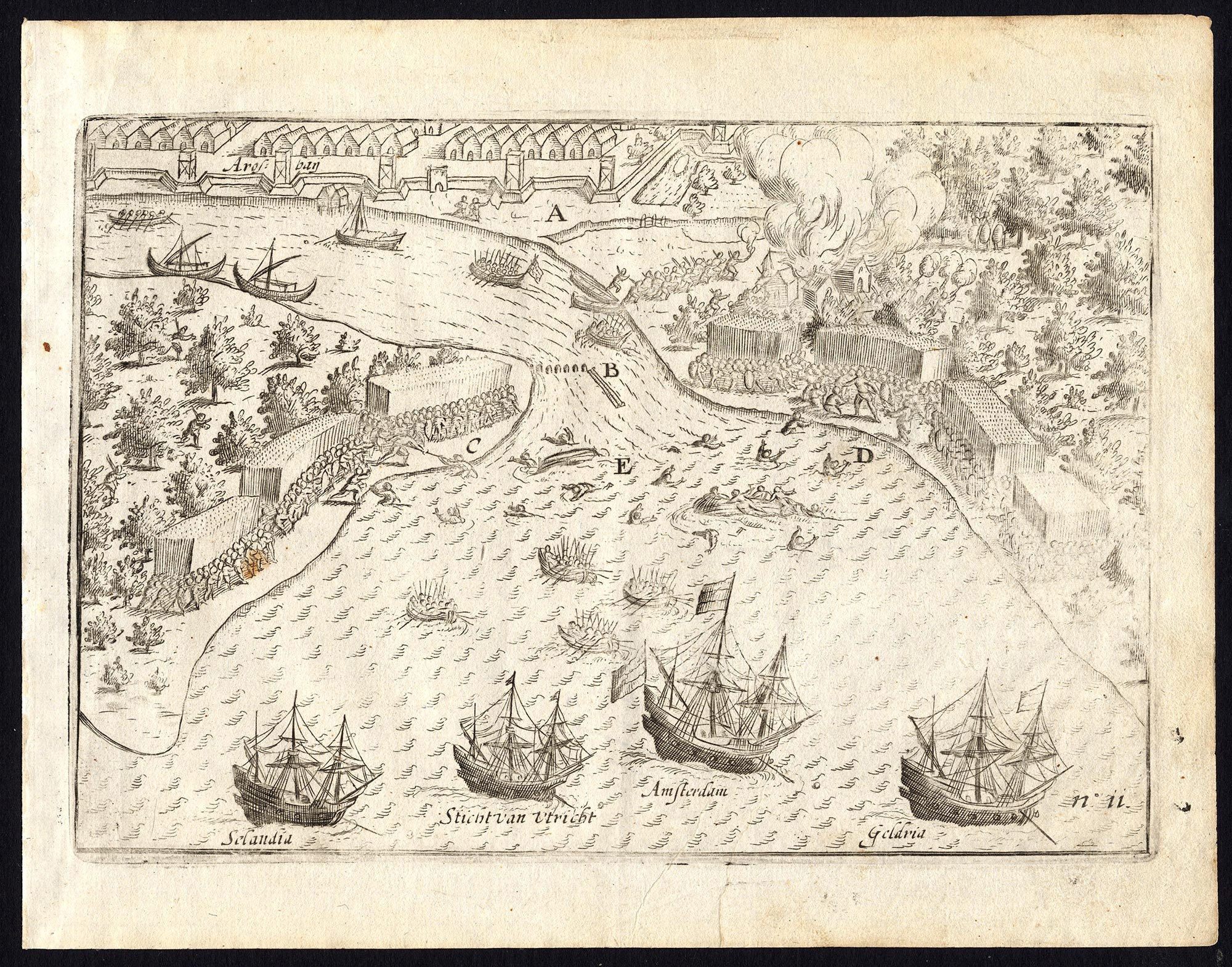 An attractive plate of the Dutch VOC ships arriving at the city of Arosbay on Madura, Indonesia. In original colour, by Commelin, 1646.

Description:  Plate 11: The Dutch VOC ships arriving at the city of Arosbay on Madura, Indonesia. On this print a Dutch conquest where first sloop of the Dutch is capsized and it’s men captured. Madura is an Indonesian island off the northeastern coast of Java. Rare.