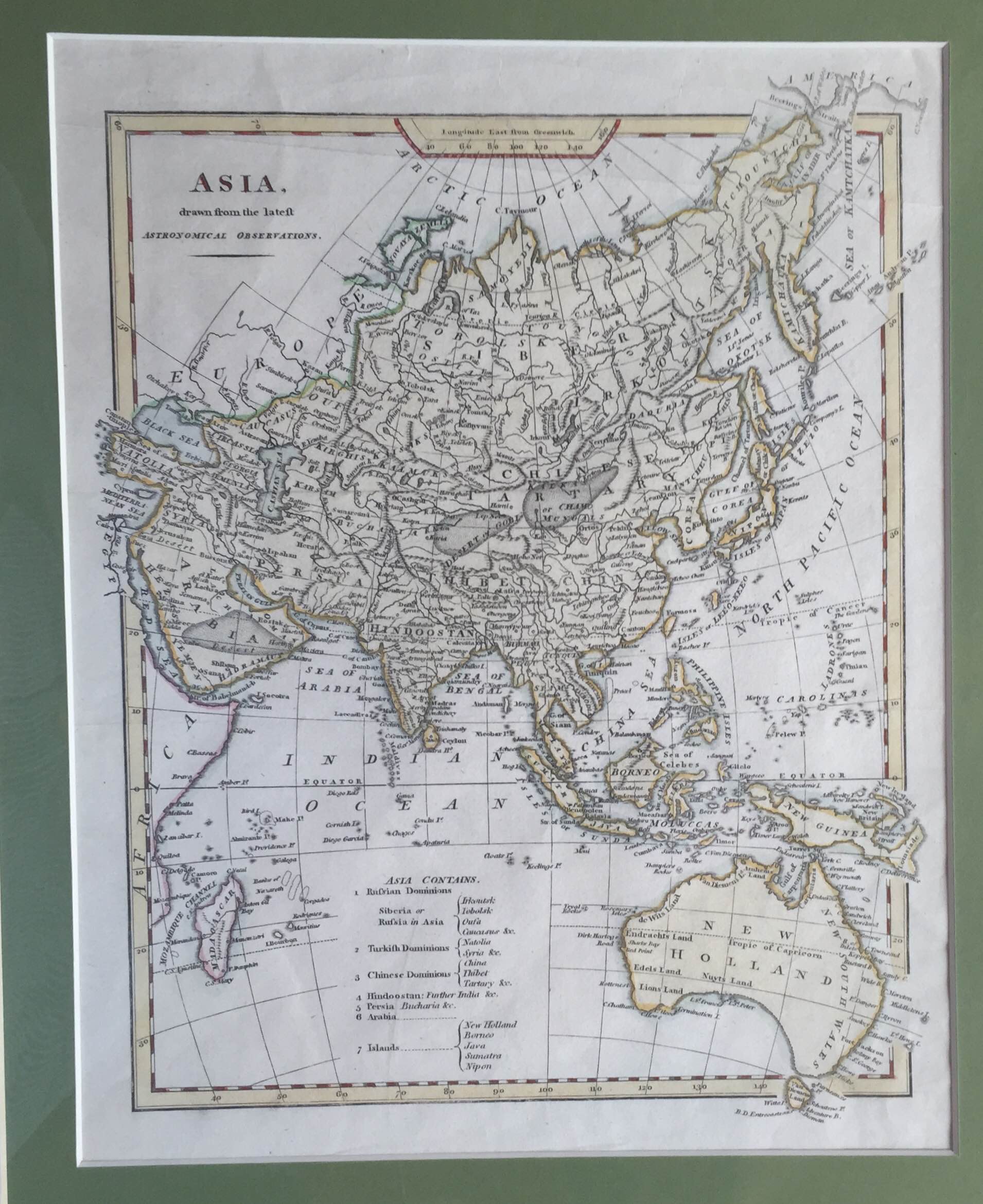 Antique map of Asia by Wilkinson titled ‘ASIA, drawn from the lateft ASTRONOMICAL OBSERVATIONS’. Interesting map of Asia and Australia, still called New Holland as well. Decorative vignette of view of Peking and part of the Great Wall of China.