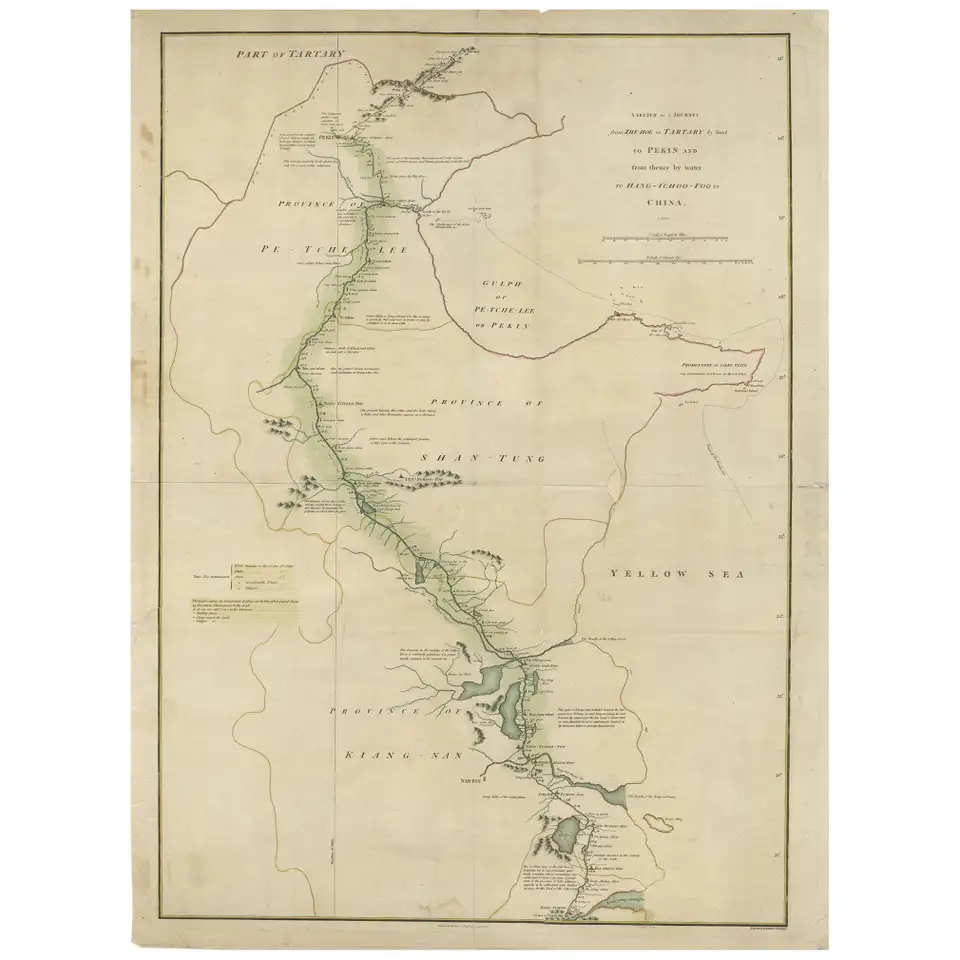 Antique map of China titled ‘A Sketch of a Journey from Zhe-Hol in Tartary by land to Pekin and from thence by water to Hang-Tchoo-Foo in China’. Detailed map showing the route taken from Zhe-Hol in Tartary to Beijing and then on to Hang-Tchoo Foo. The map details George Macartney’s Embassy to China, the first British embassy to that country, undertaken between 1792 and 1794. During the second half of the 18th century the British were eager to open up further trade with the Chinese Empire. Since 1757, international trade had been restricted to the port of Canton in southern China. In 1792, Prime Minister William Pitt the Younger, dispatched George Macartney, an Anglo-Irish diplomat, on a Mission to the court of the Emperor Qianlong in Beijing in an effort to gain trade concessions

The map shows how Macartney had gone to the summer palace at Chengde (Zhe-Hol on the map), north of Beijing, to meet the Emperor. He returned to Beijing overland, before travelling south to Hangzhou (Hang-Tchoo Foo) on the Yangtze River delta via the 1000-mile Great Canal of China. Diplomatically, the Mission was a complete failure, as the Emperor proved entirely unwilling to consider trade concessions, however, the trip yielded Europeans valuable new information on China’s geography and social customs.

This map originates from ‘An Authentic Account of an Embassy from the King of Great Britain to the Emperor of China’ by George L. Staunton.