View cart “45. Liberia Koffie” has been added to your cart.
× 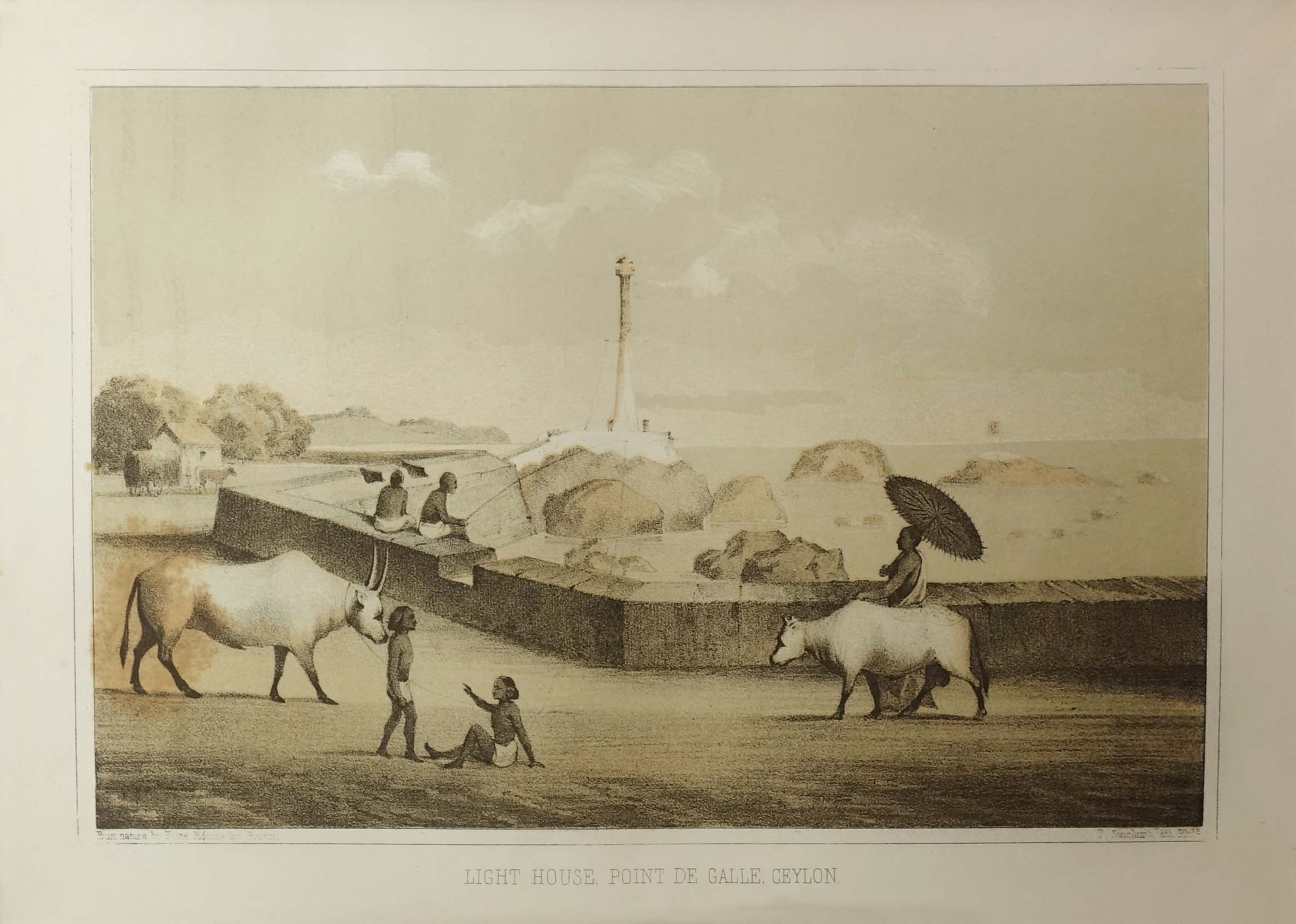 Antique Print of a Lighthouse at Ceylon by Heine (1857)

Antique Print of a Lighthouse at Ceylon titled ‘Light House. Point de Galle, Ceylon’. Lithographed plate by T Sinclair after a drawing by Heine with figures by Brown, of the lighthouse at Pointe de Galle, Sri Lanka. The Portuguese took the town of Galle from the Sinhalese kings in 1587. The Dutch invaded it in 1640 and built the fort, turning it into a fortified seaport. It is also the site of Buddhist monasteries.

Commodore Matthew Calbraith Perry (1794-1858) stopped there on his US Government expedition to open up trade with Japan, which had been in self-imposed isolation for almost 200 years. The notes and journals kept by Perry and his officers were compiled by Francis L Hawkes and published as ‘Narrative of the expedition of an American squadron to the China Seas and Japan : performed in the years 1852, 1853, and 1854 (..)’.