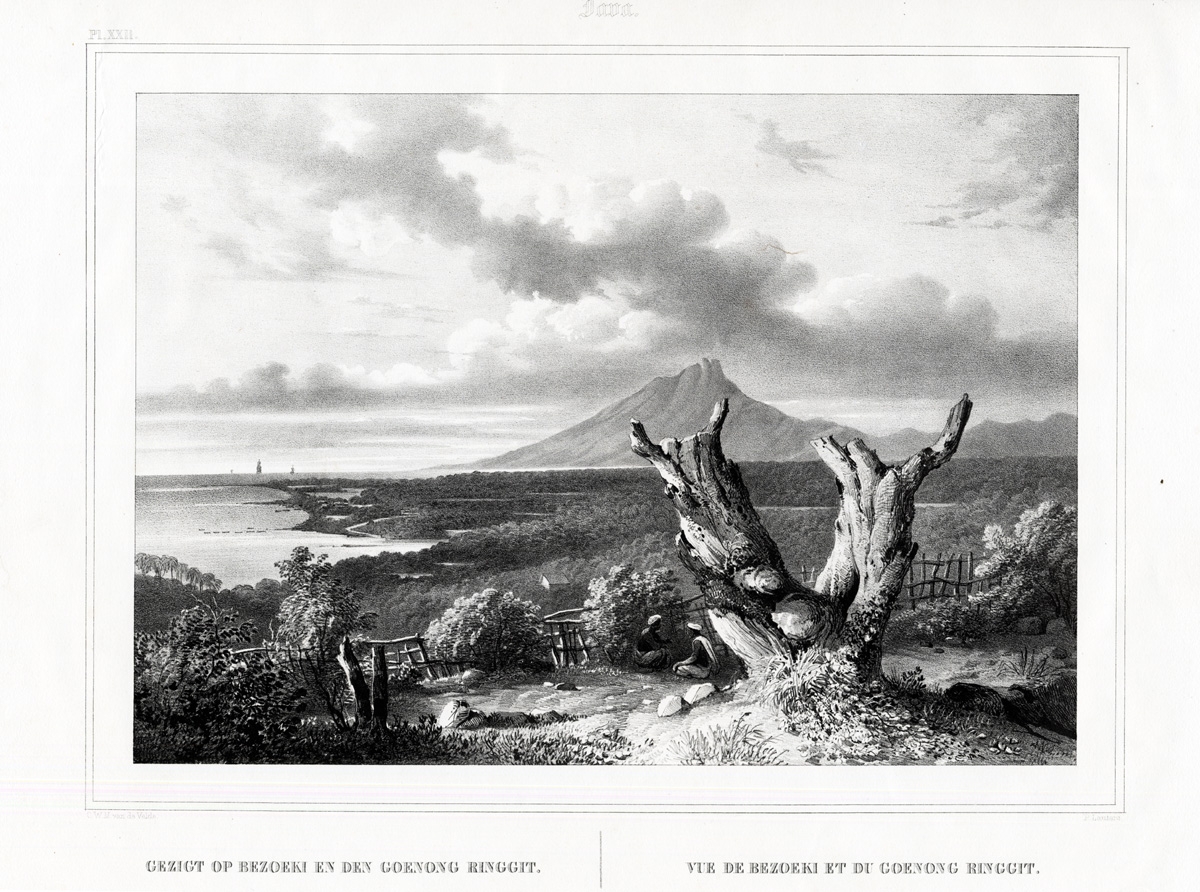 Antique print showing view of Bezoeki / Besuki and the Goenong / Gunung Ringgit on the island of Java, Indonesia.