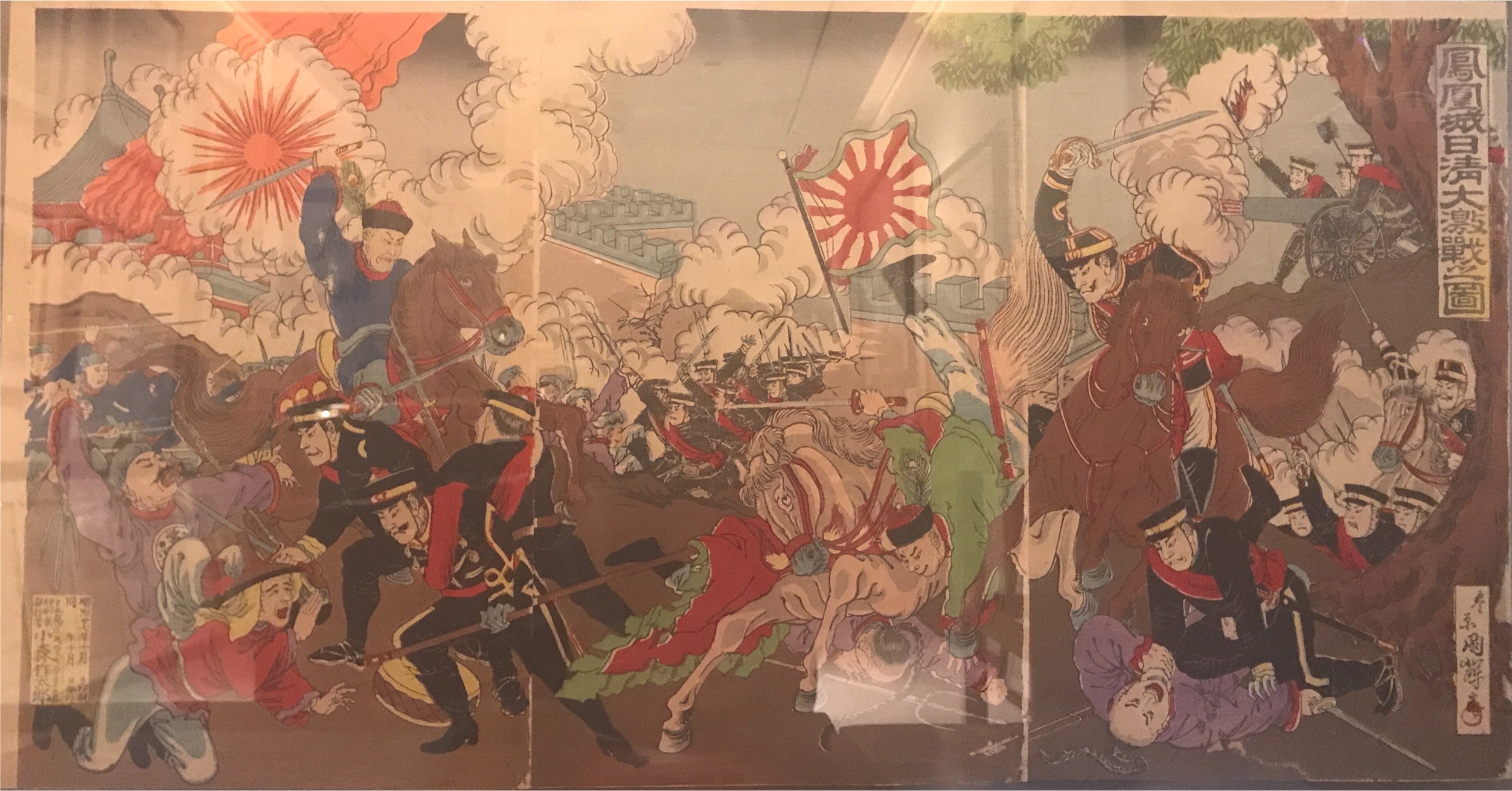 depicting an illustration of a land battle of the First Sino Japanese War, between the forces of Meiji, Japan and Qing Dynasty, China.

The First Sino-Japanese War (1894 –  1895) was a conflict between the Qing Dynasty of China and the Empire of Japan primarily over influence in Joseon, Korea. After more than six months of unbroken successes by Japanese land and naval forces and the loss of the port of  Weihaiwei, the Qing government sued for peace in February 1895.