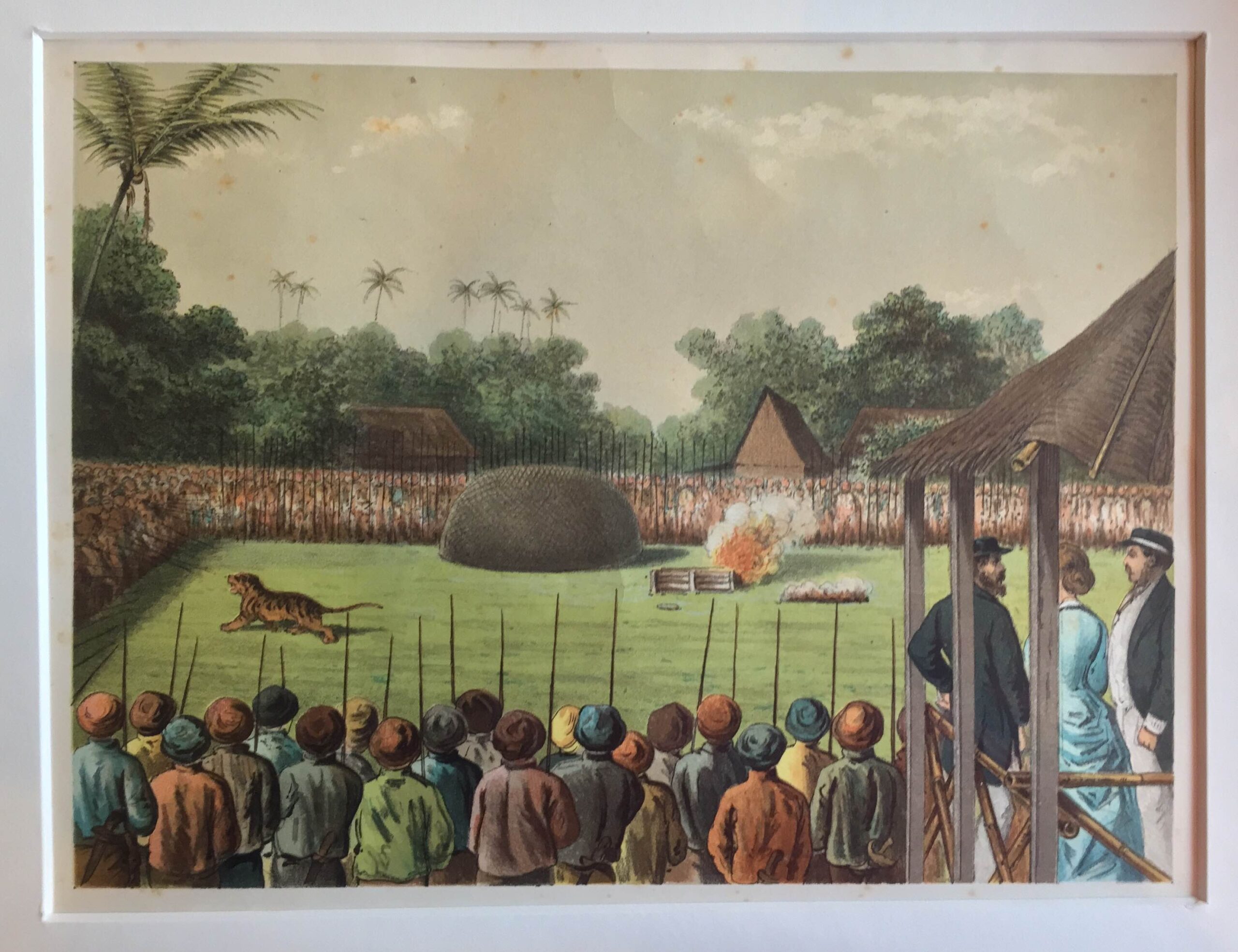 This print shows a Rampokpartij. A caught tiger was put in a cage in an open space surrounded by armed people. The cage was opened and the tiger had the chance to escape, the tiger had to get passed the rows of people armed with spears towards his freedom, actually the tiger was changeless.

Rampokpartij Chromolithograph, after J.C. Rappard from M.T.H. Perelaer’s Nederlandsch-Indie Java Door. De Buitenbezittingen published in Leiden in 1883. The last quarter of the 19th century was a period when colour printing was becoming a mechanical process, and book illustration was becoming increasingly reliant on photomechanical methods of production. A work which provides striking evidence of these changes is W.A. van Rees and M.T.H. Perelaer’s Nederlandsch-Indie, which was first published in four folio volumes by A.W. Sijthoff, Leiden between 1881 and 1883, with 103 chromolithograph plates mounted on very heavy paper after drawings by Jhr. J.C. Rappard, who served as a military officer in Indonesia for thirty years between 1842 and 1872. What makes this otherwise undistinguished work one of interest in the history of Indonesian illustration is not so much that the plates reflect the insipid character of chromolithography of the period, but that they are after drawings executed not directly from nature in Indonesia, but in Leiden from photographs. From such an uninspiring source it is hardly surprising that the plates are dull and lifeless, typical of the photomechanical age of printing which was now beginning, and which eventually led to the photographer replacing both the artist and artist-engraver as the principal agent of book illustration. (John Bastin and Bea Brommer, Nineteenth Century Prints and Illustrated Books of Indonesia, HET Spectrum, Utrecht/Antwerpen, 1979).

(There are more lithograph prints of Rappard/Perelaer in our collection, contact us if the lithograph you’re looking for is not on our website)