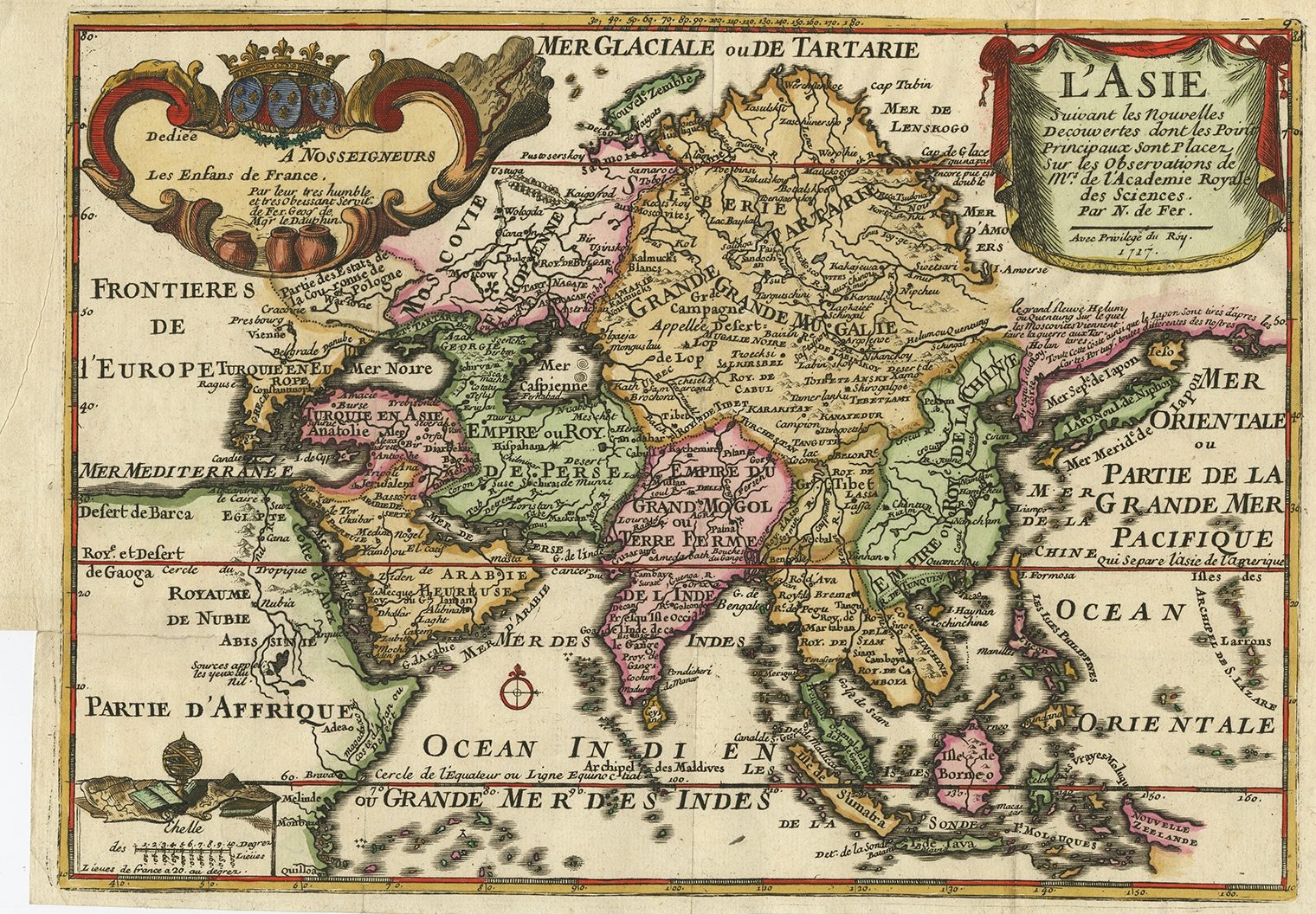 Description: Antique print, titled: ‘L’Asie Suivant les Nouvelles Decouvertes (…).’ – Interesting and very unusual map of the Asian continent. The map is based primarily on Dutch sources, particularly the outlines of Siberia and the East Indies. However, the most striking feature, which is original to De Fer, is a continuous landbridge extending from northern Korea and eastern Siberia across to America. A note acknowledges Portuguese sources for this new portrayal of the region. Hokkaido (Ieso) appears as a small circular island north of Japan. The northern coastline of Asia is based on Witsen’s explorations including Cap Tabin and Cap Glace. The interior is filled with details, including what appears to be a road from Moscow to Peking, and the Great Wall of China. The Caspian Sea is presented in an unusual shape. The coastline of a portion of New Guinea is incorrectly named as Nouvelle Zeelande. Graced with three beautifully designed cartouches.

Artists and Engravers: Made by ‘Nicholas de Fer’ after an anonymous artist. Nicholas de Fer (1646-1720) was the youngest son of Parisian print and map seller, Antoine de Fer [d.1673]. He became an official geographer to both French and Spanish kings. Nicholas de Fer was one of the most prolific and influential French geographers and cartographers of the late 17th and early 18th Century.