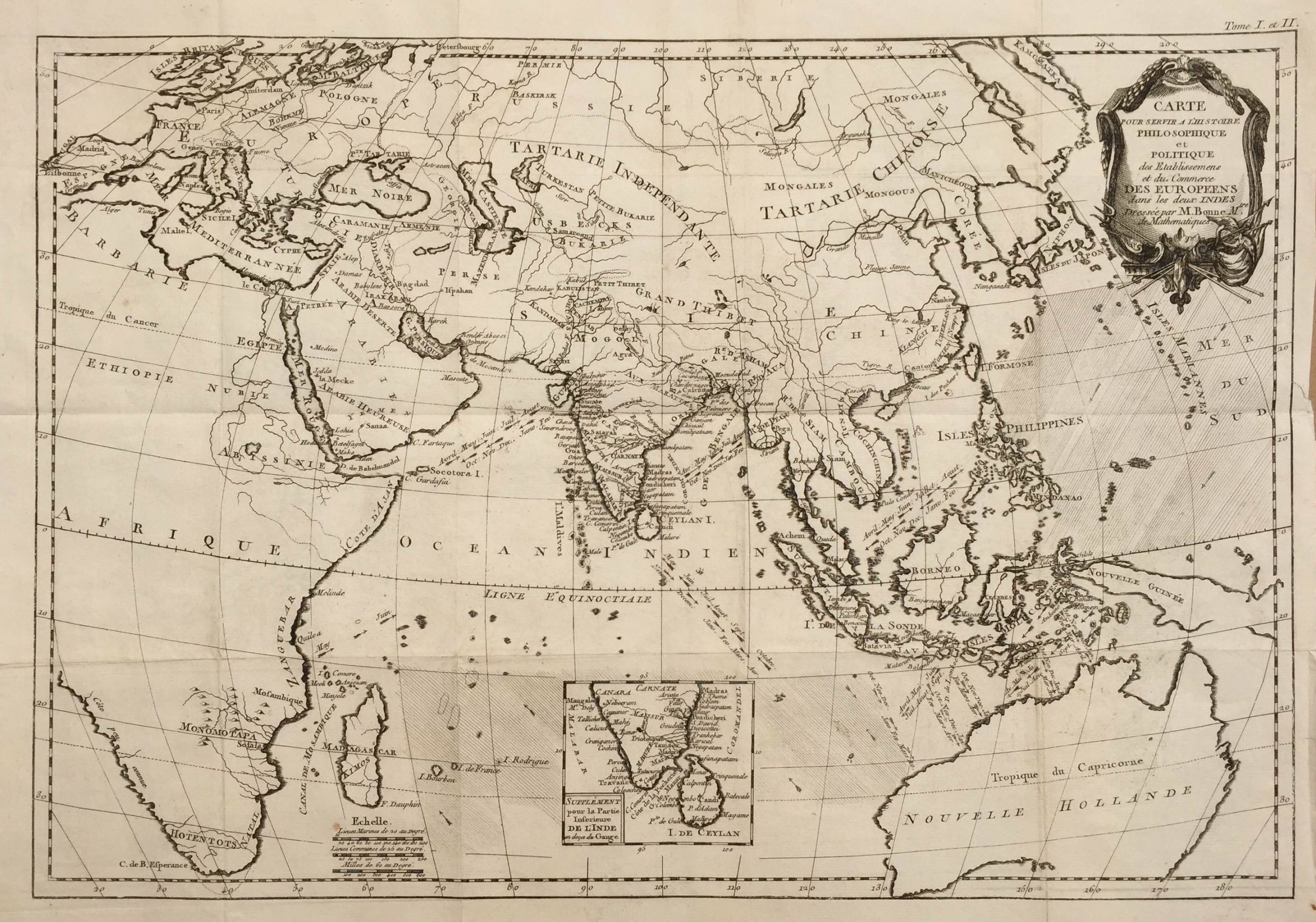 A fine and unusual late 18th century black and white French map of the eastern hemisphere from the east African coast to the East Indies and Australia.

A fine and unusual late 18th century black and white French map of the eastern hemisphere from the east African coast to the East Indies and Australia showing the political divisions, the areas of commercial interest to the European powers and the directions of the prevailing monsoonal and trade winds throughout the year which dictated the sailing seasons for ships. There are also a small inset maps of southern India and Ceylon (Sri Lanka).

The folds in the map and the reference to ‘Tome I et II’ in the top right-hand corner indicate that this map is from the former publication.