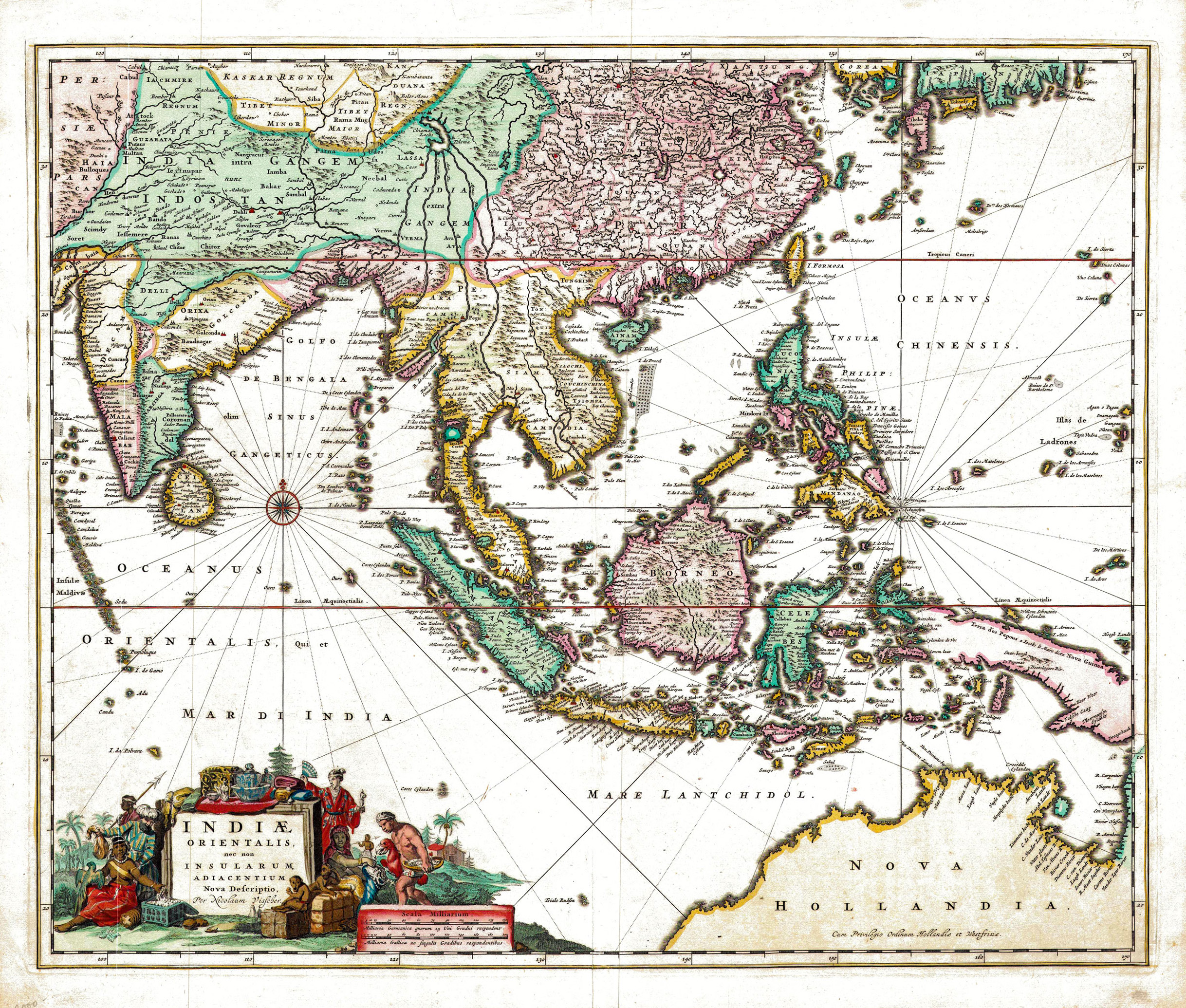 Attractive map of southeast Asia and the north coast of Australia The map extends from India and the Maldives in the west to New Guinea and the southern coast of Japan in the east, centered by the Stratis of Malaca and Malay Peninsula. The treatment of Australia is of great interest, with a number of placenames on the northern coast but only a tentative passage between Australia and New Guinea. Includes a lively cartouche, compass rose and rhumb lines.

Nicolaes Visscher I (25 January 1618, Amsterdam – buried 11 September 1679, Amsterdam) was a Dutch engraver, cartographer and publisher. He was the son of Claes Janszoon Visscher. His son, Nicolaes Visscher II (1649–1702), also worked with him and continued the family tradition of mapmaking after his death. Visscher died in Amsterdam in 1679 and was buried in the Nieuwezijds Kapel on 11 September of that year, though a death year of 1709 is maintained by some sources.