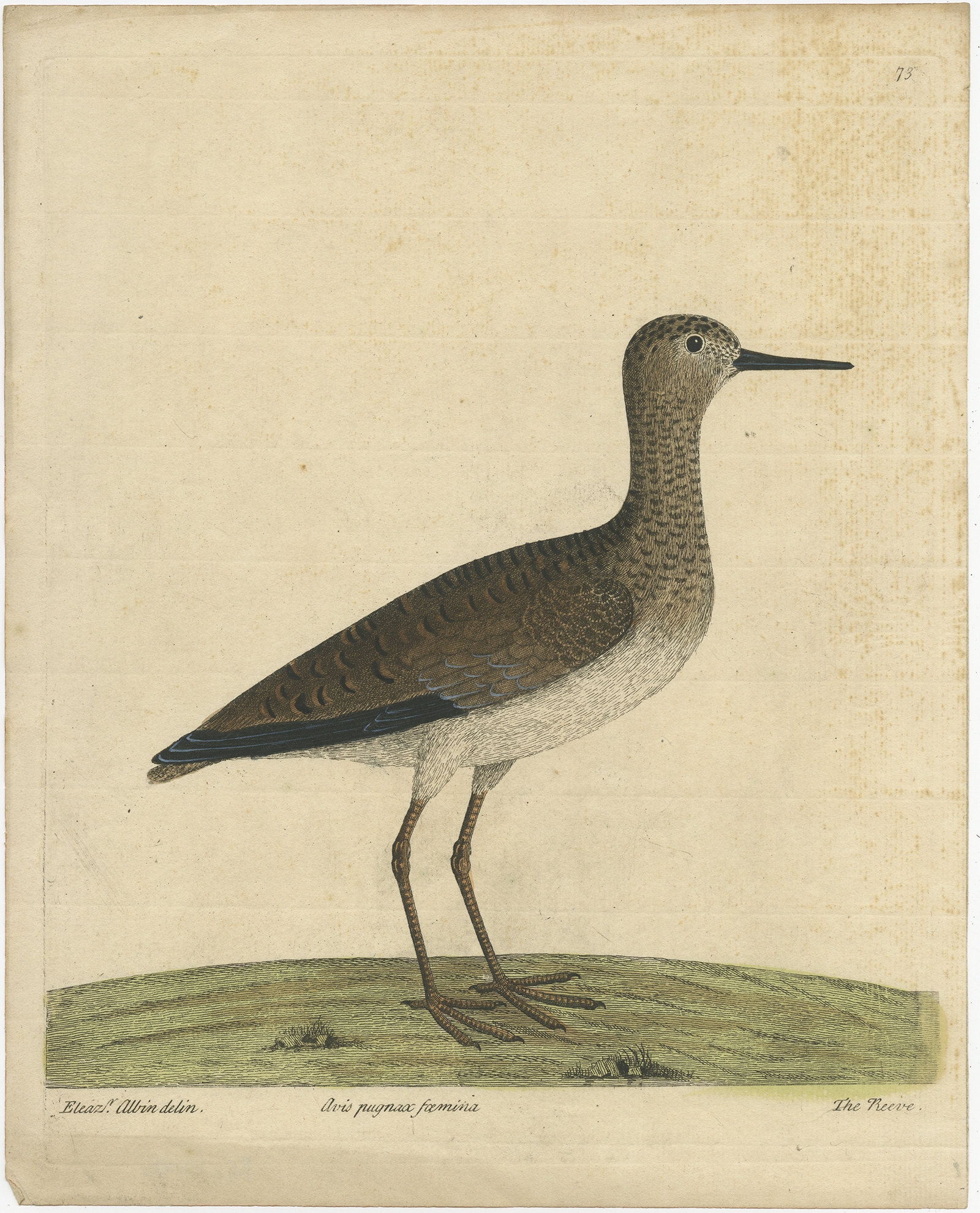 Description: Antique print titled ‘Avis pugnax foemina’. Old bird print of the ruff bird (Calidris pugnax), amedium-sized wading bird that breeds in marshes and wet meadows across northern Eurasia . This highly gregarious sandpiper is migratory and sometimes forms huge flocks in its winter grounds, which include southern and western Europe, Africa, southern Asia and Australia. This print originates from ‘The Natural History of Birds’ by E. Albin. This is the rarest and most highly prized of Albin’s works as it was hand coloured entirely by Albin and his daughter, Elizabeth. There were only 89 sets published.