View cart “Antique Map of South-East Asia by Nolin and Coronelli (1742)” has been added to your cart.
× 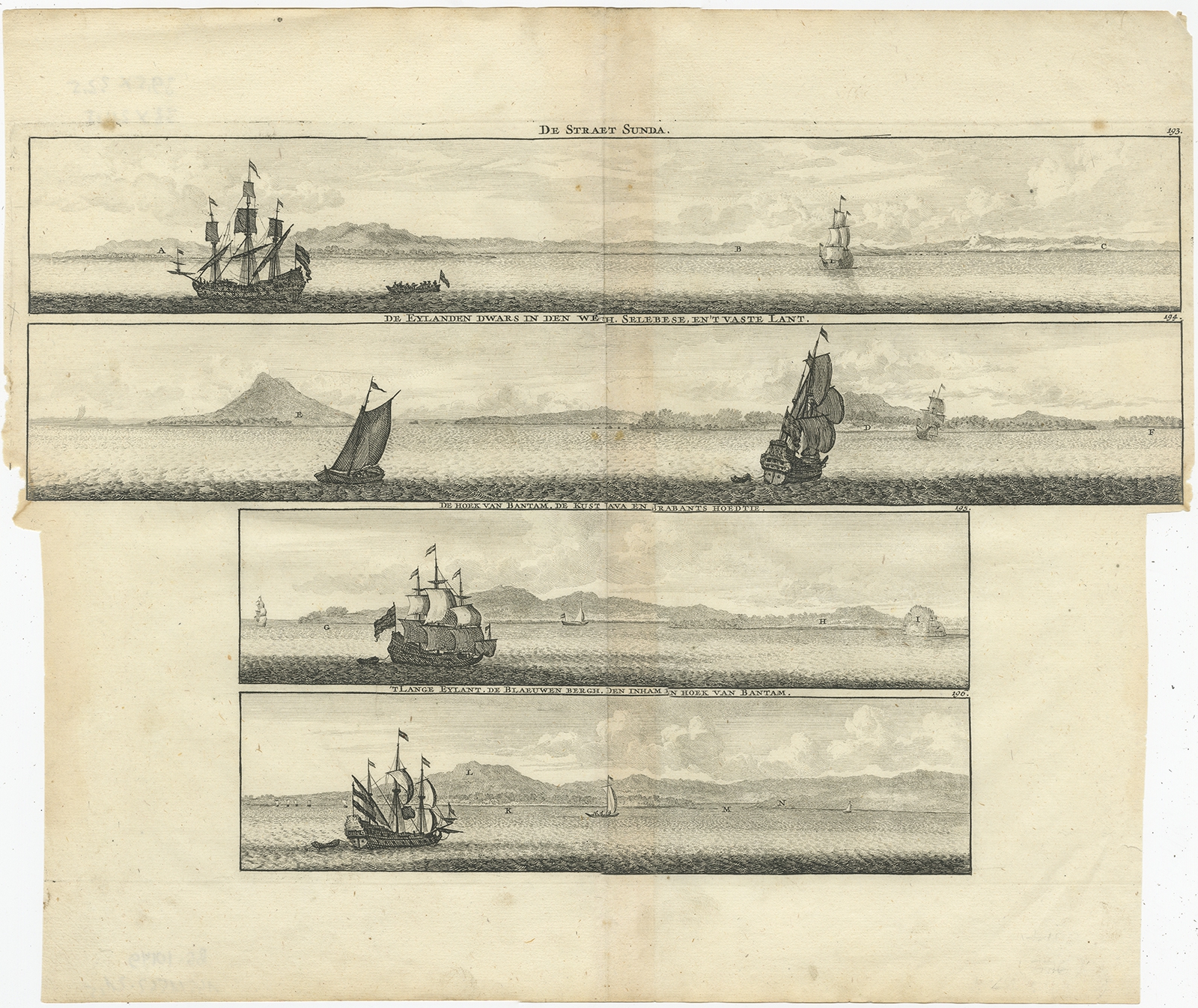 Antique Print of the Sunda Strait by de Bruyn (1714)

Artists and Engravers: Published by R. en G. Wetstein, J. Oosterwyk and H. van de Gaete. Cornelis de Bruijn (also spelled Cornelius de Bruyn, (1652 – 1726) was a Dutch artist and traveler. He made two large tours and published illustrated books with his observations of people, buildings, plants and animals. Best known as a landscape artist, Le Bruyn travelled widely from a young age to Vienna, on to Rome then to Smyrna, Constantinople, Egypt, Jerusalem, Syria, Lebanon, and Turkey. Everywhere he went Le Bruyn depicted the scenes around him, he was especially interested in places of antiquity or historic interest, and his are the first images of the interior of a pyramid and Jerusalem to be widely available to Westerners. After an eight-year stay in Venice, Le Bruyn returned to The Hague in 1693 to publish this first book. From 1701 he started a second journey into Russia, Persia.