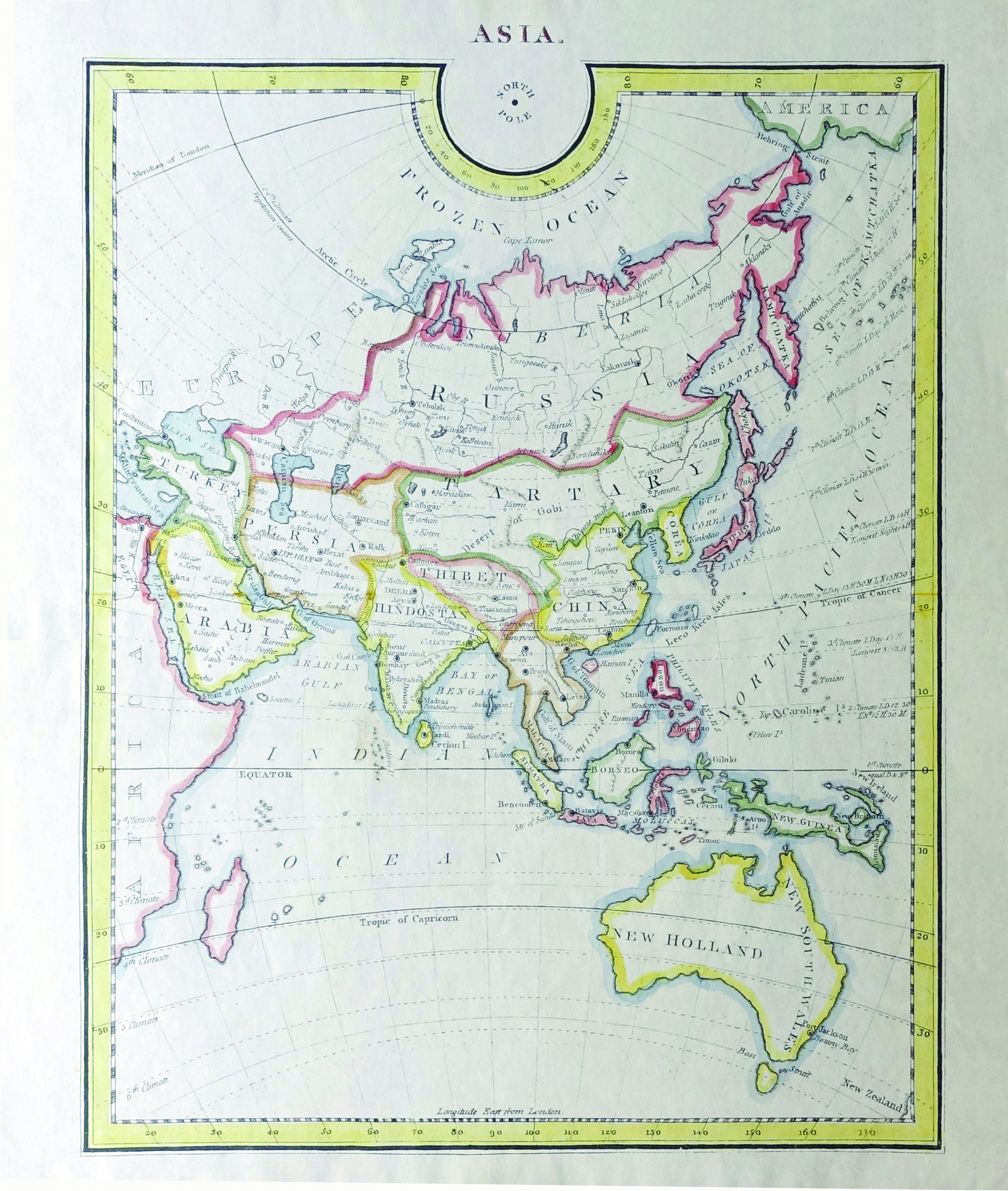 An attractive hand coloured map of Asia continent, from Russia on the north, Eastern Asia, India and Ceylon, South East Asia, until New Holland (Australia). On the left, shown a part of Africa and Arab continent facing the Indian Ocean. Arctic Ocean in the north written as the Frozen Ocean. A small part of America also shown on the top-right along with Sea of Kamtchaka across the North Pacific Ocean. Part of Europe on the left drawn in original white colour. The longitudinal and latitude lines with London being the zero and time being reference in hours and minutes east of London. The map is drawn in a convex shaped, like a globe.