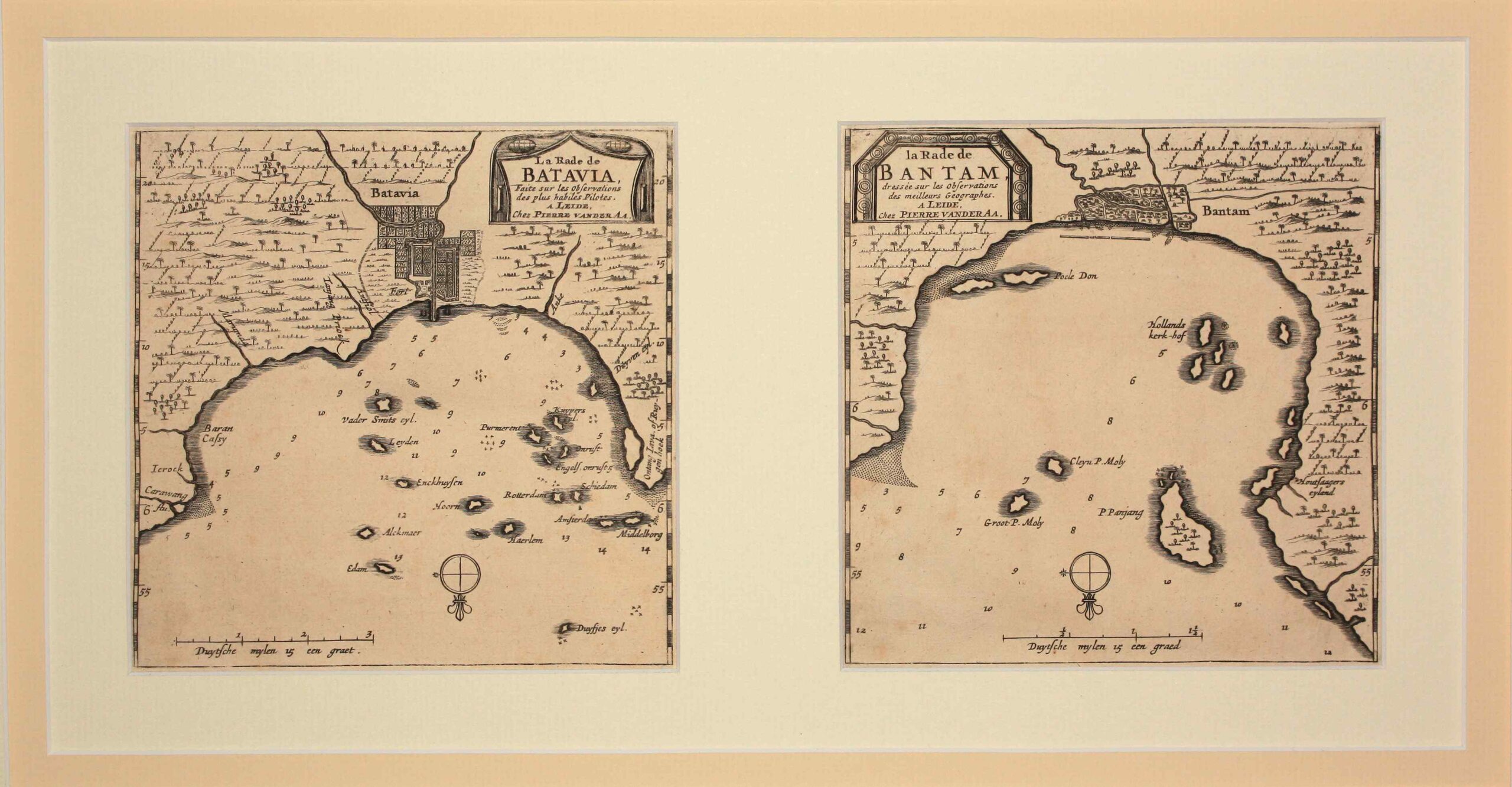 Two small early 18th century black and white maps of Batavia and Bantam by the prolific Dutch cartographer Pieter van der Aa (1659-1733). First published in his Nouvel Atlas… in 1714 as maps 156 and 158, respectively. The maps were re-issued in his monumental work entitled Galerie Agreable du Monde, completed in 1729, comprising 66 parts and bound in 27 volumes. The Batavia map was number 18 in Part 57 and Bantam map number 1 in Part 58.